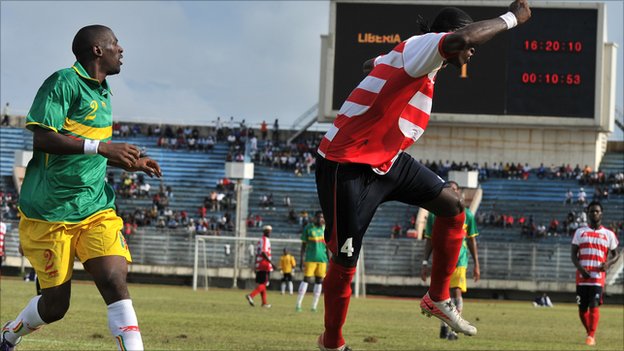 Kaetu Smith may have been appointed as coach of Liberia’s national team but former World and African Footballer of the Year, George Weah has labelled the decision as a “mistake.”

Smith- a Liberian and coach of several Local sides- was named by the country’s Football Association to replace Thomas Kojo who lead the Lone Stars to beat Namibia in a 2013 African Cup of Nations (AFCON) qualifying match last February.

But Liberian legend Weah has challenged the decision.

Speaking to the BBC, the 1995 FIFA World Player of the Year said: “I don’t know Smith. I know Kojo quite alright and his qualities. I can’t understand why he was sacked.”

The three-time African Footballer of the Year also noted: “I think that choice, that decision from the Football Association was a mistake and not a good choice for us and our football.”

Liberia’s new coach Smith has been coaching youth teams in the United States for the last decade. However, the terms of his contract are yet to be finalised. That notwithstanding, his first major task will be preparing the Lone Stars for the 2014 World Cup and 2013 AFCON qualifiers.

Liberia tackle the Terenga Lions of Senegal on June 2nd and face Angola a week later at home.