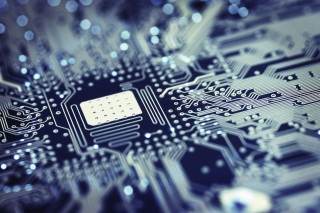 Gartner report charts the course for technology growth in Africa

Information and Communication Technology (ICT) research firm, Gartner Inc. has identified 24 technologies that will improve business performance in Africa in the next decade. In a 2019 report titled; Hype Cycle for ICT in Africa, the firm revealed that thirteen of the identified technologies will develop within the next two to ten years and have high impacts on businesses.

The Research Vice President at Gartner, Jeff Mann said, “IT spending continues to rise in Africa alongside the maturity of technologies locally. Seven technologies have entered the Slope of Enlightenment and are climbing toward the Plateau of Productivity in 2019.”

Mann further explained that most countries in Africa have moved to cloud-based service because of the general preference, coupled with the fact that it reduces cost, drives simplicity and provides more functionality to users.

However, out of these twenty-four technologies, the firm provided insight into three, which are smart city frameworks, the Internet of Things (IoT) and low Earth orbit satellite systems.

The Gartner report points out that smart cities now have an intelligent urban ecosystem that is designed to improve citizen’s lives, stimulate the economy and protect the environment. A smart city framework determines the data exchange and information required to build user-ambient services and experiences.

According to Bettina Tratz-Ryan, another Research Vice President at Gartner, smart city frameworks will have a “transformational business impact in the next two to five years as cities in Africa apply diverse strategies to accelerate the development of smart city frameworks based on traffic, social and safety issues.”

For instance, Cape Town in South Africa is investing heavily in wireless communication so as to grow the city’s finance, manufacturing and tourism industries, create new jobs and also build an entrepreneurial base for people.

Johannesburg is also using electrification, water management, traffic and green strategies to provide sustainable urban growth. Sierra Leone, on the other hand, is planning to use a data visualization system to understand both rural and urban infrastructure and development trends.

IoT is a core building block for digital business and digital platforms and is regarded as a game-changing technology by Chief Information Officers (CIOs) in Africa. According to Gartner’s 2019 CIO Survey, 24 percent of CIOs in Africa ranked the IoT as a game-changer for their organization.

Gartner predicts that IoT will reach between five percent and 20 percent of its local target audience in the next five to ten years.

Low earth orbit satellite systems are an emerging technology. According to Gartner, the technology can provide global broadband or narrowband voice and data network services to regions with little or no existing terrestrial or satellite coverage.

The firm recommends that organizations with current or planned business interests in remote or underserved areas in Africa should closely follow the development of these systems. They should also align narrowband and broadband connectivity requirements that cannot currently be met in targeted areas with emerging low earth orbit satellite technology capabilities and service availability.

Additional analysis on emerging and disruptive technologies will be presented during Gartner IT Symposium/Xpo 2019 in Cape Town, scheduled to hold from September 16 – 18, 2019.