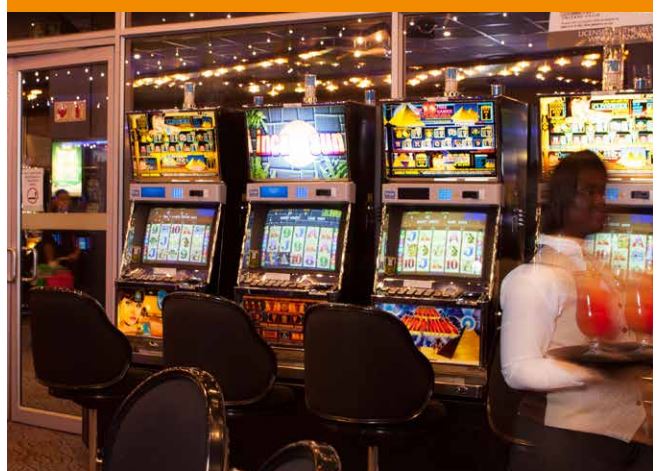 Gambling in Africa: Is This Prospering Enterprise Worth The Addiction Cost?

Everyone agrees gambling is on the rise in Africa, but while some are happy about the growth of the industry, others are worried about the growing problem of addiction in the continent.

Professional services network, PricewaterhouseCoopers (PwC), in their latest report on gambling in Africa, identified South Africa, Nigeria and Kenya as the African countries with the largest and fastest growing markets in Africa. With a 4 year average growth rate of 6.93 percent, gambling in these three countries will be worth around $37 billion by 2018.

South Africa is King, with a Throne of problems

South Africa dominates over 90 percent of the market share of gambling in sub-Saharan in Africa. PwC puts the country’s total gambling turnover at $18.77 billion, of which 82 percent, $23.73 billion, came from the 37 casinos in the country. Bingo was the fastest-growing category in 2013 with a 58.9 percent increase, followed by LPMs at 25.9 percent and sports betting at 21.3 percent.

Over the course of the next four years, South Africa’s gambling industry will grow at an average 6.3 percent to $39.1 billion. The benefits of the booming industry go beyond the gambling companies and those winning bets to include the government who pocketed $211.3 million in taxes and levies in 2013. This apart from the VAT paid by casinos to the National Treasury on the gross gambling revenues that they have earned. The estimated deemed output VAT collected on gambling revenues from casinos in 2013 amounted to $170 million, or 11 percent of gross gambling revenue. When VAT is included, the share of all taxes for casinos rises to nearly 21 percent.

Parallel to the value of gambling to South Africa’s economy is the cost of rising addiction to its society. While the country has achieved relative success with handling gambling addiction among the affluent in the cities, the result has been a lot less positive in the poorer townships. These worries have contributed to the South African government stalling the passage of a pro-online gambling legislation.

Twin Rivers, a South African-based addiction treatment centre says gambling addiction ruins thousands of people’s and have been correlated with other psychological disorders such as substance abuse, depression and anxiety. The centre said the act was in its purist form is as toxic and as life threatening as any hard drug.

Although Nigeria comes a distant second to South Africa in the market share of the Africa’s gambling industry, it has the fastest growth rate. This is aside the fact that PwC says its growth has actually taken a dip. According to the research platform, Nigeria’s casino gambling brought in $40 million in revenue. Casino gambling in Nigeria is recent, and there are just three government licensed casinos in the country. Still it has the fastest growth rate in Africa, 7.7 percent, and it is expected to be in the region of $60 million by 2018.

However, the real gambling spike in Africa’s largest economy comes from sports betting. A report by the News Agency of Nigeria (NAN) says Nigerians spend around $11.3 million daily on bets, $4.2 billion a year. But lack of betting legislation and regulation means the government makes next to nothing from the betting industry. Only are Casinos are properly regulated for, with PwC noting a $5 million tax revenue.

Aside denying the government massive revenues in taxes, gambling addiction among the country’s youth is exploding in numbers. About 30 percent of young people between the ages of 18 and 40, 30 million Nigerians, actively engage in sport betting. NAN, in its report quoted the representative of Betting World, a betting company, who stated that gamblers can borrow up to N10,000 daily to place as bets and while some win, others lose, but return again the following day to place more bets.

The lack of help for gambling addicts, as obtained in South Africa, also adds to the problem of the trade in Nigeria.

Kenya and the battle for the Control of Something Else

Gambling in Kenya, though nascent, is very liberal and fast growing- albeit not quite as fast as Nigeria’s. Virtually all forms of gambling are permitted, including online gambling and mobile gambling. The country’s 13 licensed casinos reported revenue up 7.6% to $18.4m in 2013 and PwC expects average growth of 6.8%, $25.6 million by 2018.

The headline news in Kenya’s gambling industry is a war over gambling licensing authority. Kenya’s government had granted the Council of Governors of counties the right to issue gambling licenses, a move that was challenged by the Betting Control and Licensing Board (BCLB), who want to keep that authority for themselves. The Council of Governors retaliated by warning operators that counties wouldn’t recognize licensed issued by the BCLB.

But beneath this noisy battle for the control of the gambling industry is a silent but rapidly growing victory for addiction. Social establishments, civil society groups and religious institutions have been outspoken in their worry about the growing number of Kenyans addicted to gambling. Worse still is the savoir faire image of gambling in the country; the painting of gambling- especially mobile gambling- as a thing in vogue has seen a surge in participants and addicts. While Kenya has an agency charged with ensuring responsible gambling, its effectiveness has always been questioned.

A South Africa-focused research on problem gambling demonstrates the complicated impact of the growing trade. The report notes that while the gambling industry has created employment opportunities, a “backwash” effect has been the increasing incident of compulsive or “problem” gambling, where the gambler does not know how or when to stop, and can go to extremes to continue to fund his addiction. The report states further that the growing phenomenon impacts negatively on the financial circumstances, personal and family relationships, and health and work situation of victims.

But optimists of the sport say it’s just a recreational activity of which those with addiction issues are in the minority. A according to South Africa’s National Responsible Gambling Programme, the industry is dominated by “Recreational gamblers”- those for whom gambling is a harmless recreation, and who do not spend more time or money on gambling than they can comfortably afford. It estimates the size of this group to constitute about 47% of the South Africa’s population. Problem gamblers, however, it says constitutes just around 2.5% of the South African population.