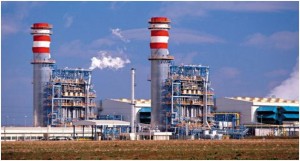 of its oil revenue, the Angolan government says it can no longer bear the burden of subsidizing the price of petrol and other fuels. “Gasoline now joins the free price system, ending the burden on the state of the cost of subsidies,” the ministry of finance said on Thursday. It added that the price changes will commence on September 30.

Last year’s plunge in global oil prices dealt a heavy blow to Angola’s economy, pushing the country into a budget deficit of around 8.1 percent of GDP, causing the halving of the proposed 2015 budget, and removing over 4 percentage points in the country’s GDP growth forecast. The local currency, the Kwanza, has also fallen by over 10 percent and sucked off nearly $1 billion dollars spent on defending it. Oil accounts for nearly 50 percent of Angola’s GDP, 80 percent of government revenues and 95 percent of the country’s exports.Despite being Africa’s second largest crude exporter, Angola imports most of its fuel because of its insufficient refining capacity. According to Control Risks, the Southern African nation spent around 4 percent of its 2013 budget on fuel subsidies. The government says it is unrealistic to keep carrying the heavy burden, and argues that the program, against its objectives, enriches a few than benefits the poor for whom it was made. “The ongoing effort to adopt realistic prices will help strengthen social programmes and reduce inequality, since subsidies benefit the most favoured groups and encourage fuel smuggling to neighbouring countries,” part of the statement of Finance Ministry read.The ministry added that while it will still subsidise 21 percent of the price of diesel, it will hand over the fixing of the price of gasoline to state-oil company Sonangol.  By this changes, Diesel price will increase by 25 percent, the same percentage by which the price of gasoline increased last September. The statement said the country has saved 110 billion kwanza ($1 billion) from reduced subsidies since October last year.

Despite the savings from subsidies, the Angolan government is set to embark on a borrowing spree. In February the finance ministry said it plans to borrow $10 billion from the World Bank and China in order to cushion the effect of its drastically reduced revenue. Reuters revealed in the same month that the country plans to issue a debut $1.5 billion Eurobond.