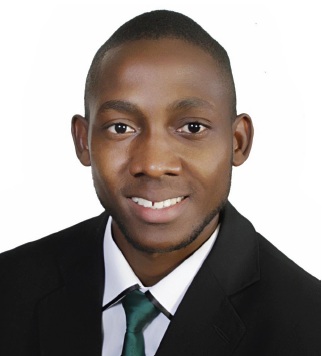 Entrepreneurship has always had the potential to lift people out of poverty, but there are few stories more inspirational than that of 24-year-old Ugandan Charles Batte. Raised in Kamwokya slum and hanging out with marijuana-smoking peers at the age of just five, Batte knows a thing or two about how a lack of jobs can lead to crime and despair.

Yet Batte is now a fourth-year medical student at Makerere University, owns a farm and was the winner of this year’s Your Big Year challenge, a global competition run by the UK NGO Smaller Earth. Having beaten off the competition of 60,000 young entrepreneurs, Batte is Smaller Earth’s 2012/13 ambassador, and is expected to travel the world meeting government officials and other world leaders advocating for social entrepreneurship. Given his background, he seems a worthy choice.

Turning his back on the despair of life in the slum, Batte ventured into farming during his vacations. He opened his own farm on his grandfather’s land in Mpigi at the age of 20, and four years later the farm is an income hub for locals, employing over 50 people in each of two growing seasons a year.

“It was very small in the beginning,” Batte says. “All I did was grow some maize and beans on two acres. I used the remittance to expand the garden as well as employ more people the next season. The farm has since expanded to over 20 hectares. I recently started up a piggery and tree project there. I am also fundraising from my friends in Europe to help build a health centre that will offer services to the village people at subsidized rates.”

The farm formed part of his entry into the Your Big Year challenge, which he eventually won. Participants pitched ideas on how entrepreneurship could be used to correct social mishaps, such as poverty, environmental degradation, disease and unemployment. Batte has been fighting to promote social change in his community, championing the fight against weed-smoking and hooliganism in Kamwokya by advising friends to focus on reading and sport. He has also become a popular student activist at Makerere, while also establishing a medical clinic in the Kampala suburb of Nansana, where he employs two nurses.

“I feel very sad every time I meet some of my old friends on the street smoking drugs. We all had dreams growing up and I would tell them to follow the right paths. It was quite hard making it through the slums,” he says. Now he is looking forward to his year as global ambassador.

“I am extremely excited about the prospect of such an amazing opportunity and can’t wait to complete my year of CSR and business projects,” says Charles. “Social entrepreneurship is such a powerful tool, and I hope that through my work and telling my story, I can touch the lives of many young people and inspire them to become social entrepreneurs. I hope my experiences will help me develop as a person and as a leader of tomorrow.”

In each country he visits, Batte aims to demonstrate keen interest into learning the culture of its people, going further to study and understand their business and market dynamics.

By reaching out to grassroots community leaders; local councils and ministers responsible for trade, Batte will encourage them to support tertiary institutions that base their education on practical work rather than theoretical.

“I believe that by promoting skill-based learning we shall be able to create more job makers rather than jobseekers,” he says. “It requires commitment to a particular community; drive to change that community; provision of services with a high sense of social responsibility and financial discipline. If your sole purpose is to accumulate wealth, then you cannot succeed as a social entrepreneur. You have to keep giving back and continuously improve the conditions of the community you serve. You create a business, but your sole purpose is not only getting profit; you are changing the lives of the people your business serves.”

He is also aiming to make an impact in politics, having polled second in the race for the Makerere guild presidency last year.

“I do not know what the future will bring but I would love to be influential in decision-making, economic development and the nation’s well-being. I believe that I am already doing that through my various initiatives,” he says.