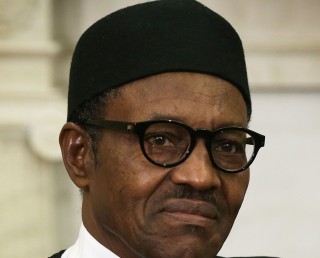 Fresh Fulani herdsmen killings in Benue: What are the implications of Buhari’s silence?

Within the last two weeks, more than 81 Nigerians have reportedly been massacred by suspected Fulani herdsmen in Benue State alone. Also, over the weekend, a clash between the Fulani herdsmen and local farmers in Niger state has left no fewer than 11 people dead. While it took President Muhammadu Buhari less than 24 hours to condemn the July 4 suicide bombing in far away Saudi Arabia, where only 4 persons were killed, so many Nigerians have lost their lives over the last two weeks in their homeland, and the president is yet to address this. This has only served to fuels claims that the president’s response to crimes committed by the herdsmen is controversial and highly condemnable.

In a report by Channels Television, the survivors of the attacks, and residents in Benue state recounted their ordeal in the hands of the rampaging herdsmen. In a similar tone, the traditional ruler of Logo, a council area in Benue State, Jimmy Meeme, said the sole reason why the Fulani herdsmen are killing them is because “they [Fulani herdsmen] want the land, they want to push people away, so that they can get the land and rear their cattle as they want, that’s all.”

In the mean time, while Nigerians hope that the president finally reacts to the news of these herdsmen, there is need to understand that his silence comes with many direct and indirect implications, most of which threaten Nigeria’s unity and breed instability.

Here are some of the implications of Buhari’s silence:

The silence of the Nigerian President may fuel ethnic conflict in Nigeria: Since the President has not mentioned anything on an incident that left over 92 persons dead within 2 weeks, these criminals may find it hard to understand the gruesomeness of their acts. Also, this could lead to deadlier reprisal attacks and, in this way, Nigerians are further divided along ethnic lines.

President Muhammadu Buhari will continually seem biased: Just as the president continues to talk tough on the secessionists and militants in southern Nigeria, the Fulani herdsmen from his own ethnic division are ‘spared.’

Numerous reactions have trailed President Buhari’s characteristic silence on the incessant killings by the Fulani herdsmen. Many Nigerians playing the ethnicity card, believe the president has failed to say anything because he, himself belongs to the Fulani ethnic group. Here are some of the responses of Nigerians to the recent Benue massacre.

Why is PMB silent on Fulani herdsmen that are killing people? Non of them as been prosecuted. #BenueMassacre

Is this a setup or gang up or what? How can the Federal government just keep mute about this genocide? #BenueMassacre

This Fulani Herdsmen are as evil as Boko-Haram. What exactly do they stand for?why are they destroying innocent lives? #BenueMassacre

When your children do well in school and come back with straight A’s, do you condemn them? Buhari is a fulani man. #BenueMassacre.

81 Nigerians killed by Fulani Herdsmen in #BenueMassacre yet no words from President @mbuhari and @AsoRock What a country.

In all honesty, If the Government go quiet on this one, it’s a very loud message from a failed Government then. Protect Us😈 #BenueMassacre

The latest Global Terrorism Index by the Institute for Economics and Peace, places Nigeria 3rd among 162 countries affected by terrorism. The institute attributed the position to several internal conflicts in the country, including the activities of the Fulani herdsmen. “The reason for this change is the Fulani militants who killed 1,229 people in 2014, up from 63 in 2013. They now pose a serious threat to stability,” a portion of the index report reads. Since late last year, only Boko Haram, the Islamic State of Iraq and the Levant (ISIS or ISIL), and al-Shabaab are deemed deadlier than the Fulani herdsmen in the world.