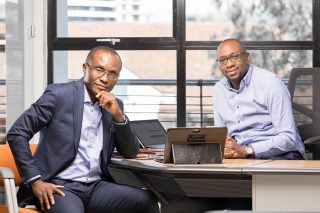 A lot can happen in a year. Last December, Cellulant held an agribusiness summit said to be the largest in Nigeria after attracting Africa’s biggest fintech investment in 2018, with many tipping the company for an initial public offering in the following months. Fast forward to October 2020 and the fintech firm is grappling with a crisis in its home country, which has seen it temporarily shut down a flagship product and cast doubts over its future.

The pan-African multinational payments company was founded in 2004 and currently provides the platform that powers the internet of payments, with a dominant market position across 12 sub-Saharan countries, according to information on the company’s website. Cellulant also leverages its technology to provide solutions for several sectors, particularly agriculture and has raised more than $50 million in investments, per data on Crunchbase.

Reports however emerged last month that Cellulant Group Co-CEO and Nigeria chief executive Bolaji Akinboro had resigned from the company amid reports of irregularities found on one of its platforms – Agrikore. An official statement from the company said the co-founder took responsibility for the irregularities and governance issues, and “resigned from all his management positions within the Cellulant group in late August.”

But the “surprising” decision by Bolaji to leave a company he co-founded with Kenya’s Ken Njoroge and has run for 16 years, was due to boardroom politics with the likelihood that he was forced out, a former employee said in a phone interview, on the condition of anonymity.

“Bolaji’s resignation came as a surprise to us all but I can tell you this is down to board-related causes. For some time now, there has been a lot of issues at the board level. If you look at how things have happened over the past few months, I can say they forced him out indirectly and he had to resign,” the ex-employee alleged.

The exit of Bolaji came alongside broader claims of unhealthy corporate governance practices by the board of directors and the group compliance unit. These have “led to a mass exit and unethical terminations of several employees” of Cellulant, sources familiar with the matter said. More than 35 employees of the company were reportedly sacked recently while others left in an “unhealthy” manner, they said.

“I can confirm to you that more than 30 people’s appointments were terminated by the company lately and that was done without due process,” revealed the former employee, who was also affected. “No reason or notice was given, it was with immediate effect, and affected staff members were given two weeks’ pay in lieu of notice, all of which was without regard to standard operating procedures of the company.”

Some weeks after the resignation of the CEO, it was gathered that Cellulant issued official communication to its partners, hinting plans to shut down one of its flagship platforms, Agrikore Marketplace, which supports millions of farmers across Nigeria and guarantees the supply of raw commodities to value chain participants.

That came as a shock to industry stakeholders as the platform supports large manufacturers and is crucial to food security – Agrikore connects stakeholders and services providers to farmers and the unbanked, currently encompassing about 15,000,000 farmers’ records, as stated on the company’s site.

Cellulant explained that the decision was arrived at after an investigation revealed that 14 employees had inappropriately received funds from Agrikore wallets. “As soon as we understood the issue, we moved quickly to temporarily shut down the marketplace, inform our customers and regulators, and terminate the employees involved,” the company said. An independent “Big 4” accounting firm was also engaged to conduct a complete forensic review of marketplace wallets as well as a “well-respected Nigerian law firm” to lead a full, independent investigation of the platform, it added.

“From the perspective of operations, nothing was wrong with the platform (Agrikore),” the ex-employee told Ventures Africa. “Everything was going on well when all of a sudden the compliance head alleged that there was a fraud in the system, that there were flows of transactions from partners wallets to some of the staff members and he wanted to organize an external forensic audit. But before that was completed, their employments were terminated and there was no severance package. The next information we got was that the marketplace would be shut down.”

The company is yet to validate that there was truly a fraud or not and nobody can say precisely what the outcome of the investigation was, the former employee said. It is “mind-boggling that they could take down such a platform without operational or technical issues or some other verifiable reasons. We are yet to understand the rationale behind the decision – to shut down a business to conduct an audit.”

Cellulant has said its other payments business operating in multiple countries across Africa remains unaffected by the decision and is fully operational. Agrikore meanwhile is expected to be closed for up to two months. “We will keep you updated as the work progresses, but our current estimate is that Agrikore will not be operational for 6 to 8 weeks,” the company said in a memo to stakeholders.

As a Payment Platform Infrastructure Service Provider (PPISP) regulated by the Central Bank of Nigeria and insured by Nigerian Deposit Insurance Corporation, experts have called on CBN and other regulatory agencies to extend support to Cellulant, to “prevent a financial system failure.”