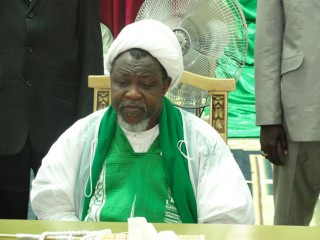 The arrest of Sheikh Ibrahim Zakzaky revealed these four things

A deadly clash between the Nigerian Army and members of the Shiite sect in Zaria, Kaduna state last Saturday has left one of Nigeria’s foremost Muslim clerics, Sheikh Ibrahim Zakzaky, the leader of the Islamic Movement of Nigeria, in the custody of the Nigerian military. His arrest has sparked domestic protests and international condemnation from majority Shia countries like Iran. But more than anything, Zakzaky’s detention has revealed a number of important points about religion in Nigeria.

Islam in Nigeria is not monolithic

According to Huda, an expert of Islam, “both Sunni and Shia Muslims share the most fundamental Islamic beliefs and articles of faith.” Making up about 75 to 90 percent of all Muslims, the Sunni’s are the largest denomination in Islam. They go by the name Ahl as-Sunnah, meaning “people of the tradition of Muhammad.” The Shiites – Shiatu Ali, which means the party or followers of Ali, is the second largest branch of Islam. They account for 10 to 20 percent of all Muslims.

Nigeria is predominantly a Sunni-majority country, and the arrest of Zakzaky has sparked protests across Nigeria by Shiite Muslims, who are a significant minority in the country.

Nigeria has more to worry about than Boko Haram

For about six years, Nigeria has struggled to defeat the terrorist group Boko Haram, which coincidentally started just like the Shiite movement – seemingly harmless, and unassuming, until their uprising in 2009 which led to full blown attacks after their founder, Mohammed Yusuf, was killed.

If there’s anything Nigeria cannot afford to entertain now, or ever, it’s another terrorist group. Yet, here is a movement that has been growing unchecked by the ruling powers. The country needs to address the root causes for growing sectionalism and religious fanaticism like, youth unemployment,  a lack of communication between religious clerics and the government, and declining economic fortunes before discontent escalates and leads to a repetition of history.

The Shiites have a powerful ally in Iran

The Shiites may be a minority in Nigeria, but they are certainly not powerless. Since the detention of Sheikh Zakzaky, Iran’s President Hassan Rouhani has reportedly called on President Muhammadu Buhari to set up an investigation into the recent violence. Unlike Nigeria, Iran is a Shiite-majority country, and is known for defending Shiite causes all around the world. Apart from calling on President Buhari to intervene in the issue, Iran has also summoned the head of the Nigerian diplomatic mission in Tehran to protest against the clashes and ask that Shiite Muslims be protected. This shows that the Nigerian Shiite movement has a powerful ally in any future disputes.

Nigeria has an increasing number of demagogues

The harsh economic conditions, and what is perceived as a lack of government involvement in the lives of average Nigerians has led to an increase of rabble-rousers and charismatic political leaders who are garnering quite growing numbers of devoted followers. The local and international reaction to Zakzaky’s arrest indicates just how powerful self proclaimed leaders can be in a failing economy and a system of government that seemingly caters only to the needs of the elite. From Abubakar Shekau of  Boko Haram, to Nnamdi Kanu of Biafra  to Asari Dokubo, head of the Niger Delta People’s Volunteer Force, and now Ibrahim Zakzaky, Nigeria’s self proclaimed leaders are growing in influence.