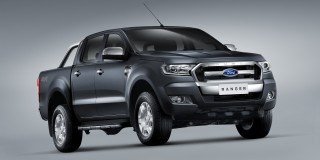 American multinational automaker, Ford Motors Co.,has disclosed plans to boost its manufacturing operations in South Africa with a $1.05 billion investment that would expand the production of its Ranger pickup trucks. The announcement which was made on Tuesday, 2, 2021 reveals Ford’s plan to increase its production capacity from 168,000 to 200,000 vehicles in its South Africa plants.

According to a statement by Andrea Cavallaro, Operations Director of Ford’s International Market Group, the new investment is the automaker’s biggest in its  97-year history in South Africa and one of the largest ever in the local automotive industry.

Ford is an important player in the South African Automotive industry and has 2 local plants in the country -the Silverton Assembly Plant, Pretoria and the Struandale Engine Plant,  Port Elizabeth.

The Silverton Assembly Plant serves as an assembly plant for the Ranger, Ranger Raptor and Everest. It also handles domestic sales and export markets. Meanwhile, the Struandale Engine Plant produces engines and components for local use and export.

The new investment would include $683 million for technology upgrades and new facilities at its Silverton plant and $365 million to upgrade tooling at major supplier factories. Already, Ford directly employs about 4,3000 people in its SA plants and several thousand others in its value chain. But with this latest development, the company would directly create 1,200 jobs and over 10,000 across its value chain.

During the launch of its Inspiring Brand Campaign, amid the COVID-19 (coronavirus) pandemic in 2020, Ford revealed a new, pioneering public-private partnership with the 3 tiers of government for the establishment of the Tshwane Automotive Special Economic Zone (SEZ), adjacent to its Silverton Plant. The campaign aimed at boosting its expansion possibilities for local operations, creating an estimated 70,000 jobs in the total value chain while giving the surrounding communities and businesses a significant economic boost.

In 2020, Ford SA boasted of about 1 percent contribution to the national Gross Domestic Product (GDP) while clenching a 6.0 percent market share in the country’s automotive industry in 2019.