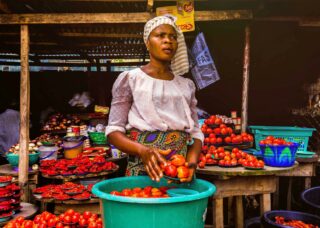 Food inflation rate soars again in July. Here is the way out.

Last year we reported on how preparing a pot of Jollof Rice cost a fortune, sadly, nothing positive has happened to the food prices in the country since then. The situation has gotten direr. This, of course, is hinged on the soaring inflation rate, which is presently at 19.64 per cent, the highest in 17 years-since September 2005.

A state-by-State analysis showed that Ebonyi recorded the highest average price of 1kg of white beans in July 2022 at N900.51, while the lowest price was in Borno at N317.73.

Analysis by zone showed that the South-East recorded the highest average price of Beans “brown sold loose” with N853.19, followed by the South-West with N598.00, while the Northeast recorded the least with N379.03.

Earlier in June, the Federal Government, through the Minister of Agriculture and Rural Development, Dr. Mohammad Abubakar, said that the current inflation of food prices across the country may drive more Nigerians into poverty unless appropriate measures were taken.

Although the high price of food was not peculiar to Nigeria, Mr Abubakar explained that climate change had negatively impacted agricultural production in Nigeria. Extreme weather events, irregular rainfall patterns, and water scarcity are all evidence of climate change hampering agricultural buoyancy. Therefore, there is a need for climate-smart agriculture.

Besides climate change, insecurity is another contributive factor to food inflation. This is obvious, especially in northern Nigeria, where terrorism and banditry have displaced several farmers. Efforts to protect farmers and their properties should be a top priority for the government.

While this is not an exhaustive list of ways to mitigate food inflation, the government should also seek to regulate the high cost of farm inputs and energy prices and financially boost farmers with low-interest loans for expansion.