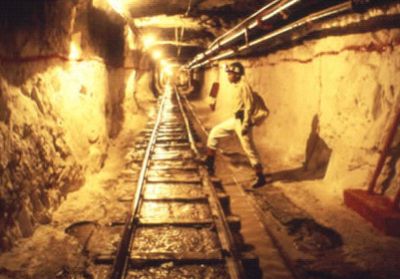 Five Illegal Miners Die After Rain-enforced Mine Collapse In Zimbabwe

Five Zimbabwe illegal miners have been pronounced dead after a mine collapsed. This came after an extended period of heavy rains, which pounded the southern African country in the past week.

The miners were running an illegal mine called Indarama gold mine in the outskirts of Kwekwe town in the Midlands province of Zimbabwe.

“The miners were working in [an] underground tunnel at Indarama mine around 10pm when the mine suddenly collapsed following heavy rains that pounced the area in past weeks. The Five miners were trapped and killed while the sixth guy survived,” said a witness.

The latest Zimbabwe mine disaster follow the death of seven miners in June. They were killed in the same Midlands Province. The June disaster occurred when a cage taking workers into the mine shaft collapsed at Golden Valley gold mine and plunged into a pool of waters.

Several Zimbabwean miners have been killed in different mines countrywide due to poor safety measures. Chamber of Mines of Zimbabwe data has revealed that 35 people died as a result of mine accidents last year. These deaths occurred mostly at small mines where safety standards are low.