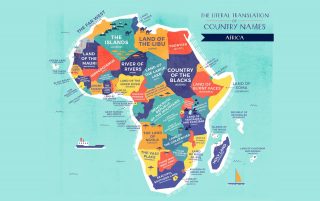 The article also hinted that surging debts are escalating the risk of further rating downgrades and defaults.

Some leading economies in sub-Saharan Africa are majorly driven by oil production, mining, and tourism. Unfortunately, over the past few months, oil prices have significantly crashed, forcing top producers of oil in the region (Nigeria, Gabon, Angola, the Republic of Congo) to acquire more loans and debt relief facilities.

Other economies have suffered similar setbacks owing to the COVID-19 pandemic. For instance, Cabo Verde, South Africa, and Seychelles who rely mostly on tourism have been seeking loans to cushion the impact of domestic and global lockdowns.

Ed Parker, Managing Director, Sovereign Ratings EMEA stated that although countries had obtained emergency loans from international organizations like the International Monetary Fund and the G20 Debt Service Suspension Initiative (DSSI), the programs were “moderate in size” at around 0.9% and 1.2% of GDP.

Additionally, the debt facilities were not designed to address accumulated loans and medium-term risks to debt sustainability.

Fitch projected that the median of government debt-to-GDP, for the 19 countries it rated in the region, would rise to 71% by the end of this year, from 26% in 2012. Meanwhile, the median debt ratio across other emerging markets is expected to climb to 57%.

It would be recalled that, a few days ago, Ventures Africa reported that African giant, Nigeria might face lower ratings from Fitch, due to the surge of debts in the country and feeble economic performance.

Nigeria’s debt and expanding financial margin might trigger a lower rating, as policymakers in the country are struggling to deal with the turbulence from coronavirus corollary on oil price crash, the financial rating company said.

Last April, the ranking agency downgraded Nigeria to B with a negative outlook from “B+” which cities aggravation of pressure on external finances.

Africa as a whole needs to critically examine and observe its habit of loan acquisition. Considering the outcry and appeal of African countries for debt relief during this pandemic recession, it is evident that debt stocks are choking various emerging and vulnerable economies across the continent.

About three months ago, the World Bank raised concern over the rate of unsustainable debt in Africa, citing sub-Saharan Africa as an example, where external debt went from 150% to 583 billion in 2018 from $236 million in the previous ten years.