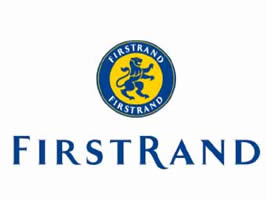 South African’s second largest bank, FirstRand, is to pay $91 million for a 75 per cent stake in Merchant Bank Ghana, gaining it a foothold in the oil and gold rich West African country and continuing an African growth strategy that it committed to as far back as 2010.

Rival Standard Bank has been on an aggressive expansion spree in West Africa, and though the Merchant Bank deal is ostensibly a small one it finally allows FirstRand to establish a presence in the region. All of South Africa’s “Big Four” banks have been extending their reach north in search of an under-banked population and to make themselves more competitive. Ghana has been attracting more foreign investment thanks to a stable political environment and new oil discoveries, and FirstRand’s expansion into the country fits with its general African expansion plans. The bank already has operations in seven African countries and is also targeting West African regional powerhouse Nigeria.

“Africa is a growth market and therefore it is very compelling for FirstRand to be on the lookout for attractive acquisitions there,” said Adrian Cloete, an analyst at Cadiz Asset Management in Cape Town. “The offer for 75 percent (of) Merchant Bank Ghana is therefore exactly in line with FirstRand’s incremental growth strategy.”

This strategy of entering new countries was outlined first in 2010, with the expansion planned through a combination of acquisitions and setting up new businesses. Ghana, Nigeria, Tanzania, Kenya and Angola were identified at the time as priorities for FirstRand, with other countries on the radar including Zimbabwe, Uganda, DRC, Senegal and Cameroon.

Yet it has faced some setbacks in its expansion plans, ending talks to buy Nigeria’s Sterling Bank last year after failing to agree a price. It was also knocked back in Zambia, where the government reversed the sale of state-controlled Finance Bank to FirstRand. Chief Executive Sizwe Nxasana says the group plans to build an investment banking operation in Nigeria as well as purchase a smaller commercial bank.

“If we do acquisitions, they will typically be small to medium size,” Chief Executive Sizwe Nxasana said in an interview following the bank’s results.

“We wouldn’t want to spend more than, I would say, 10 percent of our capital on new acquisitions or new opportunities.”

FirstRand is looking at expansion to drive its own growth, with it being the best performing blue-chip Top 40 bank in South Africa, having gained over 30 per cent in the year to date. It reported a 26 percent rise in first-half profit on strong loan growth, and is now looking to expand its loan book. On a wider scale, South African banks are well on the road to recovery after the 2009 recession lowered interest rates and significantly hit their earnings. They are now back to profitability and looking to bolster growth in other African nations.