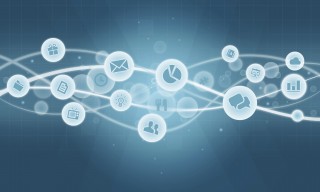 Fintechs in Africa: A coming of Age.

At the centre of Africa’s rapidly evolving tech ecosystem lies the fast-growing fintech sector and a big part of Africa’s growth in the tech startup scene can be credited to fintech startups. Africa accounted for 70% of the total value of mobile money transactions globally in 2021. The continent has experienced a rapid proliferation of digital instant payment solutions in recent years. The low level of banking coverage in addition to the rise of mobile phones has created a significant opportunity that other continents don’t have.

African economies are certainly at a pivotal juncture. The narrative of fintech in Africa has been spun largely around the story of the unbanked, poverty alleviation, and economic development. But its success lies in balancing emergent benefits and risks, as with every tide of change. While traditional banks still have a lot of ground to cover on how to solve the problem of financial inclusion, Africa is increasingly relying on digital and mobile services.

The introduction of mobile banking by telecom operators such as Safaricom in Kenya – via its M-Pesa service – essentially kickstarted the digital revolution which quickly overtook the banks. Indeed, the volume of such transactions increased by 13% per year between 2014 and 2016, thanks to improved availability, reliability and security of electronic channels. This has made Africa the second fastest-growing market in the world for electronic payments with about 40% of Africans now preferring to use digital channels for banking transactions. Over the last couple of years, emerging markets have increasingly attracted investors looking for the next financial opportunity. In 2021, Chipper Cash which offers peer-to-peer payment services across seven African countries raised $30 million in a Series B round.

In parallel, the rise of fintech has disrupted the traditional banking market. Fintech is the integration of technology and finance. This merger creates an enabling environment and presents an opportunity to promote the gains of efficiency in the continent’s market economy.

Indeed it’s not an exaggeration to say fintech in Africa represents one of the most significant opportunities for the development of the continent. Alongside the innovative ideas of new operators, more partnerships are being established where digital technologies are built upon existing mobile and telecommunications infrastructure to provide customers with mobile and online financial services.

The African fintech space is growing exponentially, but the development of the fintech ecosystem is still in its early stages. While fintechs have made significant inroads in Africa—notably in wallets, payments, and distribution—there is still plenty of room for expansion.

While the opportunity across the African continent for fintech growth is significant, in certain regions, the total addressable market (the relevant category of viable customers) is limited by infrastructure constraints. These typically include weak mobile and internet penetration in some markets, lack of identification coverage, and limited payment rails—the backbone of all digital transfers of money. Africa also has the lowest-income population on the planet – with personal consumption expenditure (PCE) that may be up to ten times lower than that of North America and five times lower than in Europe – while only three countries on the continent have achieved real-time payments having deployed the payment infrastructure required for it.

In addition to uneven infrastructure across markets, fintechs in Africa also have to contend with fragmented financial regulatory frameworks and conflicted regulatory coordination in many regions. Different countries are evolving at different paces. While some regulatory bodies are starting to proactively create enabling frameworks to encourage fintech innovation and support the development of an enabling environment—for example, by creating fintech sandboxes, updating licensing requirements, and implementing digital KYC regulations—others are leveraging grey areas to learn and open the space for important growth. In both situations in general, complex and variable regulations, including license approval processes, can make it difficult for fintechs to ensure business continuity and compliance across markets.

Lastly, businesses don’t run on infinite resources. Time, money and people need to be managed effectively to launch and sustain growth. After record-breaking fintech investment in 2021, funding is slowing down, especially for later-stage start-ups. But with incumbents starting to catch up with disruptors, fintech can’t afford to slow down their progress. This suggests that African fintechs will likely have to tighten their belts to adjust to a new venture funding reality.

A McKinsey analysis estimates that Africa’s financial-services market could grow at about 10% per annum, reaching about $230 billion in revenues by 2025. Nimble fintech players have wasted no time carving out a share of this expanding market. As the fastest-growing start-up industry in Africa, the success of fintech companies is being fueled by several trends, including increasing smartphone ownership, declining internet costs, and expanded network coverage, as well as a young, fast-growing, and rapidly urbanizing population. The COVID-19 pandemic has accelerated existing trends toward digitalization and created a fertile environment for new technology players, even as it caused significant hardship and disrupted lives and livelihoods across the continent.

The analysis also points out that fintech players are delivering significant value to their customers. Their transactional solutions can be up to 80% cheaper and interest on savings up to three times higher than those provided by traditional players, while the cost of remittances may be up to six times cheaper.* Taken together with an influx of funding and increasingly supportive regulatory frameworks, these factors could signify that African fintech markets are at the beginning of a period of exponential growth, especially in Nigeria, Egypt and South Africa.

As technology is becoming ever more central in the finance industry, we tend to consider banks and fintech startups as opposing forces fighting for their share of the market, however, the reality is that both sides need each other just as much as they need to compete with each other. As concerns innovation, blockchain technologies and decentralized banking are continuing to drive the future of financial services. More traditional banks are increasingly looking to take advantage of technologies that make payments faster and more straightforward.

Blockchain technology eliminates the need for authorization via middlemen which means financial service providers don’t have to incur significant costs to transfer funds and the payment processing fees for international payments are far less. A company that represents this level of fintech evolution in Africa is Nigeria’s Zone, formerly Appzone.

Zone is the continent’s first blockchain platform for payment processing in fiat and regulated digital currencies. Uniquely termed a sovereign blockchain protocol, the company’s mission is to connect every monetary store of value using blockchain technology. Co-Founder/CEO Zone, Obi Emetarom, believes that the only thing hampering the mainstream adoption of blockchain technology is regulators not being comfortable with gaps in the technology with respect to control and visibility.

“ Blockchain infrastructure is very powerful in terms of enabling processes to run in more efficient ways. It’s more secure, cheaper, and allows collaboration to happen more seamlessly. You can see this in how much progress has been made with digital currencies all powered by this new technology. What we have done is build a sovereign protocol that combines the power of the technology with the legitimacy, trust level, and the controls that characterize the existing industry. Regulators can become comfortable enough to endorse this technology since it meets their requirements and so that existing and new industry players along with their customers can take advantage of the benefits from this transformational innovation. ”

The Lagos-based company operates in 7 African countries and currently has most of the major commercial banks in Nigeria signed up to its blockchain network.

Given the varying levels of financial evolution across countries in Africa, the opportunities in each market will be different. Economies with more mature financial systems and digital infrastructure, such as South Africa and Nigeria, are likely to see more innovation and advancements in financial services, including regulatory technology such as anti-money laundering and know-your-customer (KYC) compliance. Markets, where financial systems and infrastructure are still growing, are likely to see advances in financial services such as assessments in insurance and buy now, pay later services in retail and small and medium-sized business lending.

With digital becoming a way of life in Africa, the stage is set for the next phase of fintech growth. African fintechs and other stakeholders, including governments and investors, have an opportunity to consider how the sector can achieve sustainability over the long term. Ensuring world-class corporate governance is likely to be a critical factor in enabling fintechs to navigate uncertain and fragmented terrains, manage scarcity, and successfully reach scale and profitability.

Fintechs have become major players in the African financial services sector (in some instances, rivalling traditional banks in terms of size and value), funding has increased, and value is being generated. Additionally, consumer access is at an all-time high. Today’s leaders have built the payment rails, effectively laying the foundations upon which the industry can grow, but tightening market conditions suggest that in their next phase of development, fintechs may need to adapt their focus as they look to consolidate and formalize to achieve enduring success.