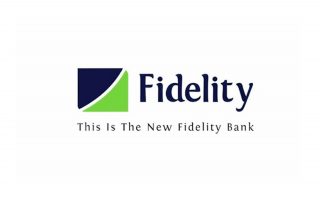 Fidelity Bank Plc, in a clear demonstration of its resilience and stability, has announced its financial results for the year ended December 31, 2020. The performance which capped a remarkable year, showed strong growth in Core Operating Profits, Net Revenue, and other key financial indices.

However, Profit Before Tax dropped by 7.6% to N28.1BN from N30.4BN in 2019FY, due to an increase in the Bank’s loan provisions to shield it from any headwinds. A positive for the Bank especially in the current era of Covid-19 and its attendant effect on business risks.

Encouraged by the healthy results, the Board of Fidelity Bank is proposing a N6.4BN payout, which translates to 22 Kobo dividend per share to its shareholders.

“We are pleased with our financial performance, which clearly showed the resilience of our business model as core operating profit increased by 50.9% to N44.9BN from N29.8BN in 2019FY. We also saw a significant improvement in our efficiency indices as cost-to-income ratio moderated downward to 65.1% from 73.4% in 2019FY. However, Profit Before Tax (PBT) dropped by 7.6% to N28.1BN as we proactively increased our provisions on risk assets to N16.9BN from a net write-back of N0.6BN in 2019FY,” said Nneka Onyeali-Ikpe, Fidelity Bank CEO, adding that the bank “took a conservative stance in recognition of the impact of the global pandemic, which has redefined business risks and opportunities in the new normal.”

As seen in recent years, the Bank’s digital retail banking approach has continued to yield positive results. Though Digital Banking income dropped by 18.8% due to the revised banker’s tariff, it increased by 19.6% QoQ on account of increased customer adoption as more services were migrated to the Bank’s digital channels.

Onyeali-Ikpe is happy with the progress of its digital banking play stating that over 52.8% of customers are now enrolled on the Bank’s mobile/internet banking compared to 47.4% in 2019FY, while 88.4% of our customers’ transactions were done on the digital platform products and more than 81% of total transactions done on digital platforms.

Fidelity Bank is a full-fledged commercial bank operating in Nigeria, with about 6million customers who are serviced across its 250 business offices and various other digital banking channels. The bank has in recent times won accolades as the Best SME Friendly Bank, Best in Mobile Banking and the Most Improved Corporate/Investment Bank among several industry awards and recognitions. The bank was also ranked the 4th Best Bank in the Retail Banking Segment in the 2017 Banking Industry Satisfaction Survey conducted by KPMG.

Focused on select niche corporate banking sectors as well as Micro Small and Medium Enterprises (MSMEs), Fidelity Bank is rapidly implementing a digital based retail banking strategy which has resulted in an exponential growth in savings deposits over the last 3 years and a corresponding surge in customer enrollment on the bank’s flagship mobile/internet banking products.