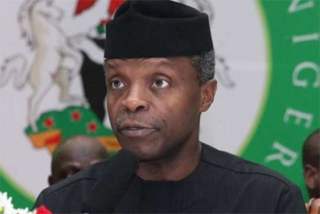 On Tuesday, the acting president Yemi Osinbajo disclosed that the Federal Government has made a u-turn by deciding to work with illegal oil refiners, instead of destroying their refineries. According to Osinbajo, Nigeria needs to provide work for people who make a living from illegal refining of oil in the Niger Delta in order to achieve peace.

Furthermore, he said that the government will make more provisions for the amnesty scheme for former militants who laid down arms in 2009 in exchange for cash stipends and job training. Illegal refining is one of the few businesses flourishing in an otherwise desolate region, as petrol is scarce in Nigeria due to the country’s derelict state refineries. Authorities had originally cut the budget for cash payments to militants to end corruption but later resumed payments to stop surging pipeline attacks crippling vital oil revenues.

“Our approach to that is that we must engage those (illegal refiners) by establishing modular refineries so that they can participate in legal refineries. We have recognized that young men must be properly engaged,” Osinbajo said.