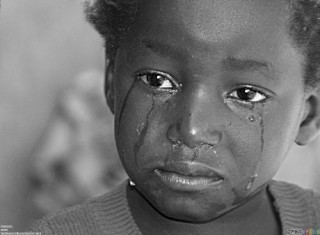 Tag SDGS: It is time for Africa to protect its children from the web of ritual killings

In 2011, BBC did a documentary on witch craft and ritual killings in Uganda and one of the gory stories was about a three-year old boy found in the outskirts of Uganda lying in a pool of blood. His penis had been cut off by ritualists and he was rushed to the hospital to save his life. While speaking with a BBC correspondent, even though the parents are advocating for the ban of witchcraft in the country, the mother is more concerned about her son’s future. She said, “every time I look at him, I ask myself how his future is going to be as a man without a penis. Also I wonder what the rest of the community is going to look at him with a private part that looks like that of a female.”

Like the little boy, a lot of children have fallen victim to kidnappers and ritual killers. Due to their vulnerability, they are easily abducted on their way to school or heading to fetch water. These children, considered pure, are sacrificed by witch doctors to appease ‘the gods’ and bring a myriad of solutions which include wealth, good health, and fertility among others. Hearts, ears, livers and genitals are considered as key ingredients of the rituals.

Although the BBC documentary was released in 2011, not much has changed in Uganda. Very recently, six cases of mutilation and murder of children were reported by a charity organization during the recent Ugandan elections. The Kyampisi Childcare Ministries (KCM), a charity that cares for survivors of attempted child sacrifice, reported that children were used as good luck sacrifices during this period in order to bring wealth and power.  Though Moses Binoga, coordinator of the anti-trafficking task force at the interior ministry, did not confirm KCM’s report, he agreed that children had been reported missing in the election period.

This shocking revelations show that it is now unsafe to be a child in Africa. Ritual killings is not peculiar to Uganda, it takes place in other African countries such as Liberia, Tanzania, Nigeria, South Africa, Zimbabwe, Namibia, Botswana and Swaziland. The repeated occurrences of these killings without a penalty is a blatant violation for the African Charter on Human and People’s Rights. According to this charter, an individual is entitled to respect for his life and integrity of his person. However, disrespect for a person (children) life thrives in several African country.

Why ritual killings are still prevalent in Africa:

Ritualists are often patronized by the rich and wealthy

In Tanzania, children with albinism are targeted for sacrifices by witch doctors who gets paid by politicians to be successful in their election bids. Also, the Center for Human Rights & Humanitarian Law reports that in Swaziland and Liberia, politicians allegedly commission ritual killings to improve their odds in elections. The same pattern obtains in Uganda as well, where the wealthy pay witch doctors in a bid to expand their fortunes. In Ivory Coast, (where the rate of child abduction is so high that the UNICEF had to intervene) there are speculations that ritual killings by corrupt businessmen and politicians used body parts in ceremonies to confer supernatural powers.

Africa is still entrenched in dogmas, myth and belief in magic. There is still a prevalence of confidence in charms and witch craft which has been handed down since time immemorial. Ritual killings are culturally acceptable in some parts of South Africa, therefore, the practice is not usually reported by community members. Occultism and other forms of religion permit ritual acts to appease the gods, abate misfortune and seek supernatural help. Many also perform these rituals out of fear of unpleasant spiritual consequences if they falter.

The web of culture, religion and superstition often results in an ethical conflict between protection of human rights and respect for the beliefs and practices of other cultures.

Not many have been convicted of crimes associated with ritual killings in Africa. Due to the coat of secrecy surrounding ritual killings, it makes it difficult to hold the responsible parties accountable and liable for their unlawful actions.

A part of the Goal 16 of the Sustainable Development Goals by the United Nations says that the countries should:

Children are the most vulnerable in any society and it is the duty of leaders all around the world to provide a safe haven for its young. Africa needs to stop neglecting the safety of these innocent children. Its leaders should enact laws that protect them from gruesome murders that cut their lives short even before their prime.

It is time to enforce the African Charter, because although it permits religious practices, it does not favor jeopardizing a human life (under which ritual killings fall). African governments need to hold those responsible for taking human lives accountable. It is time for Africa to protect its children.