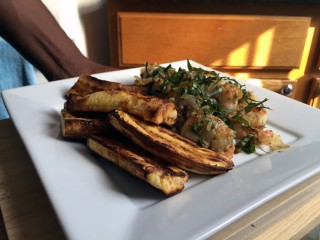 What do you get when you cross Ghanaian cooking with a New York State of mind? While I cannot say this is a question our ancestors pondered, it was certainly on my mind as I rode the subway and trudged through banks of hard white snow to get to the Harlem hideaway and private kitchen of Ghanaian film producer, food entrepreneur, and founder of the catering and cooking education company Tropical Ghana, Charles Cann. Fit, bald and dressed in black, Cann looks like he should be a theatre actor a bit further south on Broadway rather than a bubbly and conversational chef. He is a man of many jokes, but with a very serious agenda to spread a love of food, cooking and its transformative power. 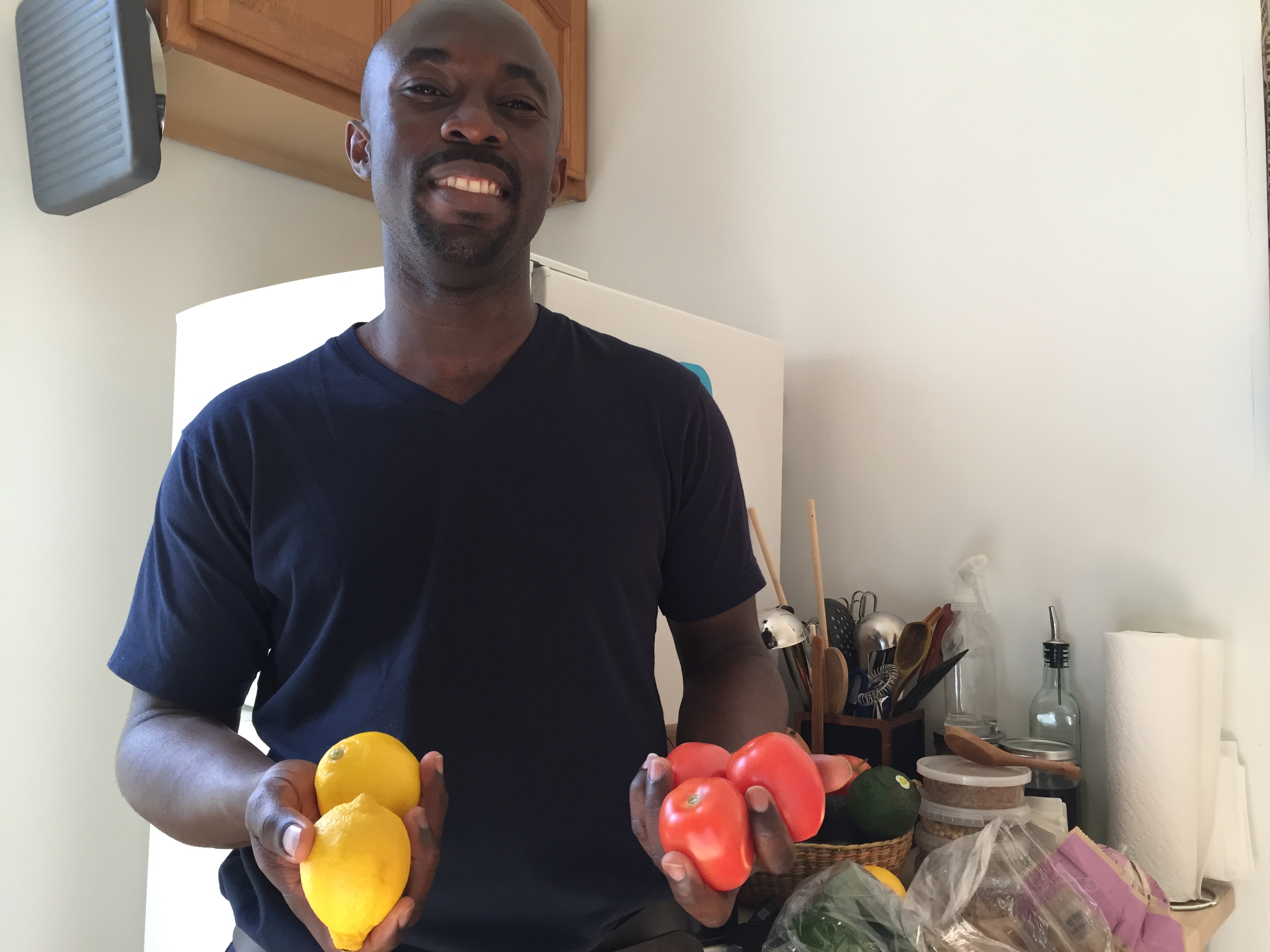 Cann’s Harlem apartment, like many in New York City, is laid out railroad style with a small bedroom, bathroom and kitchen fused with a living room that boasts a full-size, rainbow-coloured hammock where he spends a lot of time reading and researching. The rest of the apartment is cluttered with books and film equipment stacked on top of each other and against the walls. His kitchen, where he dreams up most of his delicious recipes, is a tiny space with a small white cooker and barely enough counter space for preparations. Yet the food he cooks here is as majestic in taste as it is in presentation, proving that it is the chef and not the kitchen that matters.

“My food background comes from my upbringing and I’m really grateful for my upbringing. I had the opportunity to grow up with my Aunty and my Uncle. My Uncle happened to be an agriculturalist, and my Aunty was a caterer, so throughout my life, I was pretty much exposed to food from the farm to the table,” Cann told me when we spoke by phone before I visited his apartment. “I spent a lot of my growing up with grazing animals and in the kitchen, pretty much working with my Aunty as one of her assistants, putting together food for weddings, food for parties, food for a lot of catering events, for events. Throughout that process, I got really exposed to food and flavours, and recipes, and cooking and baking, and all of that kitchen stuff.”

Despite growing up around food, Cann says his real interest in cooking developed after he left Ghana to study broadcast journalism at Northwestern University, just outside of Chicago in the United States. A number of his friends found out that he knew how to cook the very popular West African dish Jollof rice – a skill that made him an instant celebrity among the Africans on campus. Word of his prowess in the kitchen spread quickly and soon after, he was fielding calls from different people begging for a home-cooked meal. “I was just like, ‘okay guys, I can’t keep up with this!’ So my initial thing was to put together a recipe resource for just friends who were now able to make recipes they wanted to make that were very familiar to Ghana, or Nigeria, or West Africa in general, like Jollof rice or maybe grilled fish from Ghana or kebabs or suya, and West African cuisine to build relationships and communities through food. “I mean, the simple mission is to create something along those lines,” Cann said.

His first cookbook, Tropical Ghana Delights, came together after he moved to New York City in 2005, and was part of a project to raise money to buy school supplies for students in Ghana. “I had this brilliant idea that what if I can put together a cookbook and then while I satisfy all these people who want these recipes to be able to cook, I can at the same time use the money to buy these school supplies for these kids in the schools,” Cann said.

However, publishing the first book was not easy. Cann approached a number of editors who tried to convince him to broaden the focus to include all of Africa instead of just Ghana.Others suggested that he ghost write the cookbook for a more famous person. “I couldn’t accept any of that they were telling me, it was more like they were trying to stop me,” he said. He decided to self-publish the book, and in 2010, formally relaunched the website he created in his college years. This lead to a full-time investment in creating the business he now runs, Tropical Ghana.

Tropical Ghana seeks to empower people who love Ghanaian and West African cuisine to build relationships and communities through food. “I mean, the simple mission is to create sim ple, fun, and healthy contemporary Ghanaian recipes that can inspire, encourage and empower people to cook. Why? Because for me, I grew up in a time in Ghana where we cooked almost all our food at home, and we were blessed to have a way to just walk into the backyard, into a garden, and most of the time bring or pick ingredients fresh and just cook,” Cann said. 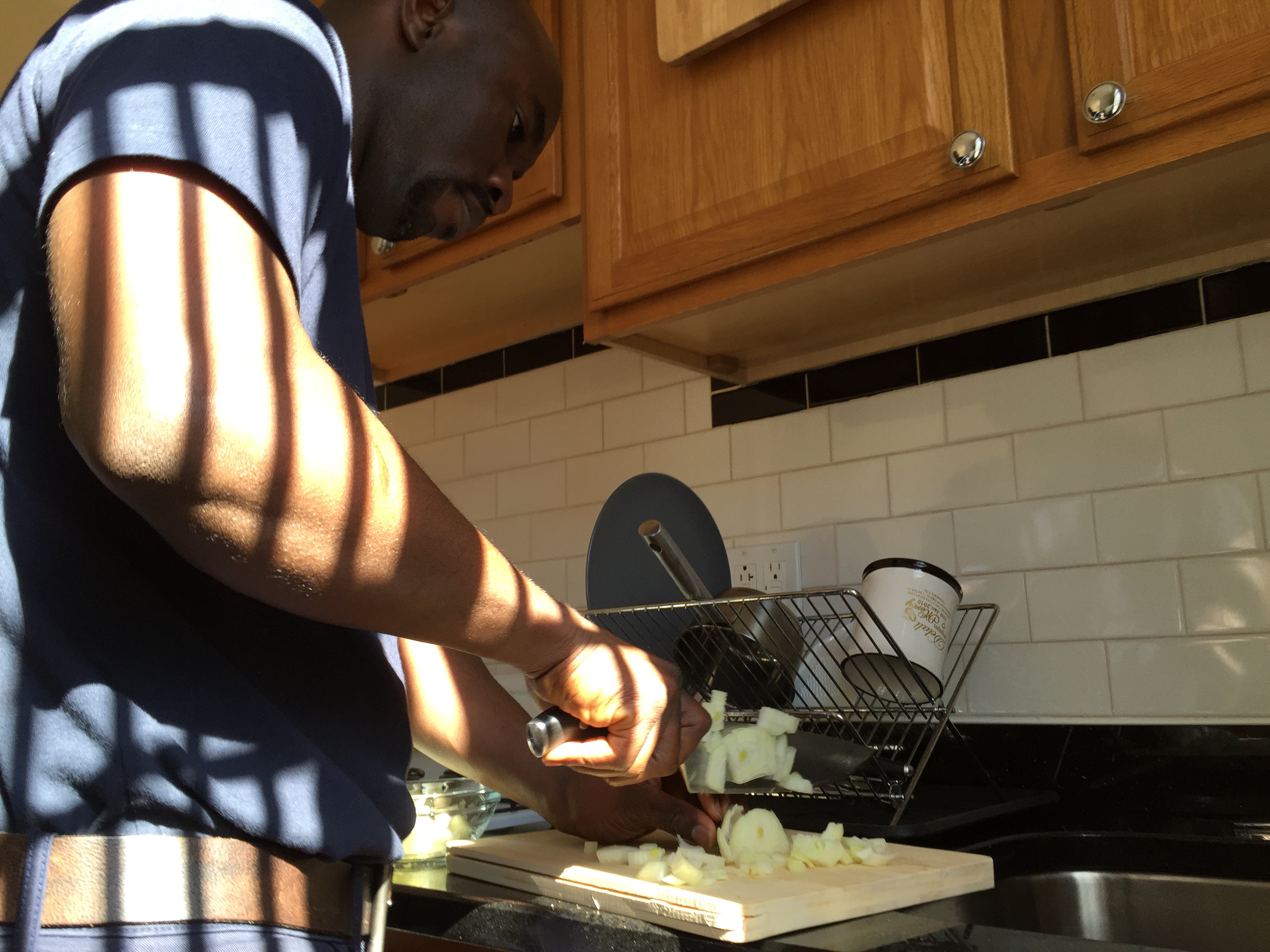 Over the years, Cann has observed a change in the Ghanaian lifestyle which he attributes to a decline in cooking. “It feels like a lot of people are becoming a little more modernised in their ways, like people are not cooking anymore. They are not eating as healthy as Ghanaians used to. And it feels like some illnesses and diseases that, when I was younger, were never in Ghana, have started cropping up,” he said. Cann hopes that his emphasis on community will help bring people back to the table to share life philosophies, stories, and of course to innovate and improvise on the different styles of Ghanaian cuisine.

In New York, Cann’s main source of business is catering for group events or private dinners. His company prepares meals for parties as small as two people, to gatherings as large as 150. “I customise every private event. I like to meet with people to understand what they are going for,” he said. “Three years ago, I had a baby shower in New Jersey where the couple wanted to use yellow as the theme. So after talking to them and getting to know them a bit, I managed to do a customised menu for their event, and they were very happy. I’ve also had opportunity to cook for a top law firm in New York which actually – it was so funny – got my contact from somebody in London and tracked me down.” Cann also teaches cooking classes in Brooklyn, New York, to help spread what he calls the joy of making contemporary African cuisine.

At his apartment, Cann already had numerous ingredients for the special lunch he was to prepare on the table – plantain ripening underneath a stool, cloves of garlic and knots of ginger root along with a bag of fresh shrimp. He is a natural in the kitchen, wasting nothing, not even his movements, as everything is arranged for easy access and speed in preparation. He is also a natural teacher, and explained each step without missing a beat as he chopped, grated and stirred. This skill is leading him towards his next venture: the desire to create an African cooking show that will make West African dishes much more accessible to a wider public. For Cann, contemporary Ghanaian cooking means making dishes that are easy to reproduce and healthy. He avoids processed foods and does not use bullion for seasoning. “I encourage people to create their own spices and herbs, or what you can call seasonings, from grabbing a lot of fresh herbs, fresh leaves, fresh whatever you need to make it happen,” he told me.

After 20 minutes he had whipped up a dish called “Shrimp Something.” A whirl of shrimp, ginger, garlic, onions and dill spiced with crushed red pepper, garnished with basil and served alongside oven-roasted plantain. It is the perfect 20-minute meal for the time-pressed executive who still wants to eat African. 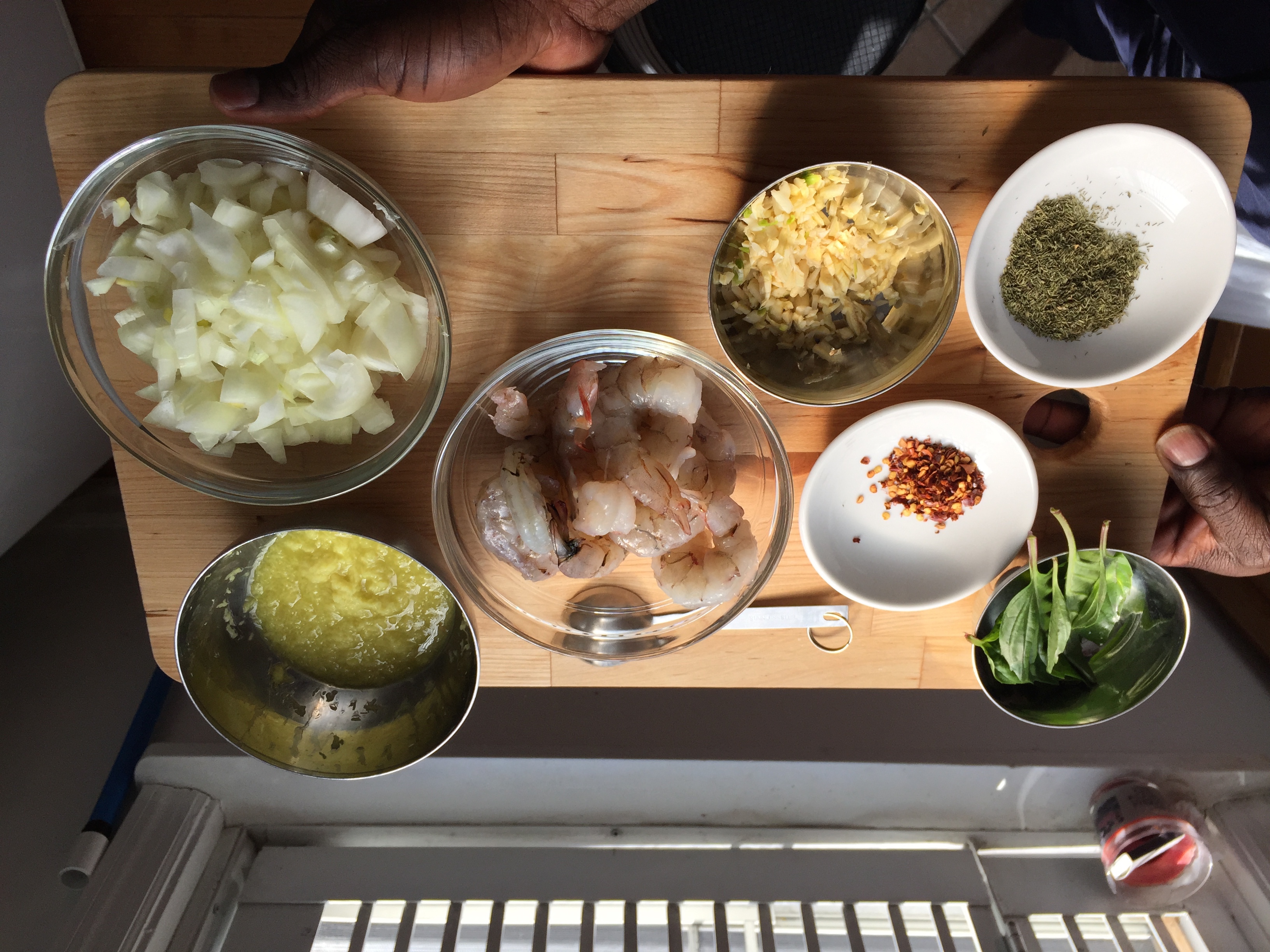 For Cann, there is no greater praise than an empty plate and he believes that his business will help to make African cooking much more globally accessible. “I feel like in 10 years there will be an African way of cooking, an African technique. Instead of it’s almost always an Italian influence, and French,” he said. He believes that culinary schools will soon begin to teach different regional techniques as palates expand and Africans begin to see cooking as more of a vocation. “But I think in the next five, 10 years [we] will have a lot more chefs, a lot more Africans who will be doing a lot of things around the food industry.There will be restaurant chains of those who can get into that. And there will be cafes around the world where you can go and be like, ‘Man, I need my acara and cocoa’,” he said, evidently extremely optimistic about the future of new African cooking on the global stage. “I think 10, 20 years it’s going to be like absolutely fantastic.”