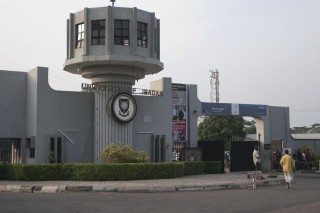 The prevailing assertion in Nigeria’s socio-political space is that government at every level, often led by money-driven megalomaniacs, is the biggest threat to free speech, pointed criticism and civil debates. This is not entirely true. Yes, our governments are really bad at respecting people’s rights to say what they like, criticise what they don’t like or hold contrary opinions. For instance, journalists and writers like Ahmad Salkida and Okey Ndibe have suffered for their expression of such basic rights, even in these democratic times. But, the biggest intolerants of free speech and debates are not our governments, they are our universities. The perfect illustration of this is the recent expulsion of Debo Adedayo by Redeemer’s University for…wait for it, “posting certain messages on some social media which are offensive and portrayed the Redeemer’s University and some of its officials in a bad light.”

The university administration’s intolerance for free speech is very high, so much that the nearest that a Nigerian government has ever gotten to it was with the infamous Decrees 2 and 4 of 1984 of the then military junta led by now-President Buhari. That a university, with its institutional and traditional responsibility to create a free and open platform for critical analysis, uninhibited queries and the unhindered expression of opinions–even when unpalatable, could descend so low as to expel a student for saying something (that wasn’t hate speech no matter how broad the categorization) on SOCIAL MEDIA is not only despicable, it is also emblematic of the Orwellian culture of dictatorial authoritarianism in our universities, especially the privately run institutions.

The muscling of undergraduates that go on in our universities is so bad that the unwritten rule that anyone who schooled in Nigeria is familiar with is, “never challenge your lecturer.” In my own experience, undergraduates spent more time saying “yes, ma” and “yes, sir” to lecturers than they ever did having critical conversations on what or how they were being taught. The consequence of this is a younger generation that is inculcated, through threats of carryovers, step-downs and outright dismissal, to never question authority, but fear it; to never challenge the status quo, but submit to it. This is contrary to everything that tertiary education is about, and actually, it wasn’t always this bad.

Universities across this country were once seedbeds of robust debates and vibrant social and political critiques. University students played very important roles, often through Student Union Government activism, which was a major part of Nigeria’s fight against colonialism and the return of political power from the military to democratic rule. Yet it seems that as dictatorship made its way out of national politics, it retired to university campuses. Today, with student unionism stifled in public schools and prohibited in private schools, university campuses have become the best museums of military rule, perfectly preserving the relics of Abacha-styled authoritarianism. Private universities are by miles the front-runners in this aspect.

Nigerian private universities, often owned and run by religious groups, have positioned themselves as the chosen ones to restore moral discipline to a lost generation in a sinful world. But what they have achieved, besides offering degrees quicker than their strike-ridden public-owned counterparts, is fester a pervasive and destructive culture of fear, intolerance and undeserved pliancy to authority. Their modus operandi, revolving around compulsion, suspension and expulsion, has produced several years of news beats of students–and their parents–complaining of maltreatment and bullying by school authorities.

The expulsion of Adedayo by Redeemer’s University should serve as a wakeup call to rein in the recklessness of universities in their relationship with undergraduates. And this must begin with a demand for the unconditional voiding of Adedayo’s expulsion by everyone who claims to believe in the freedom of speech, which is the hallmark of any democracy.