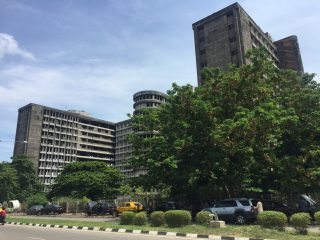 Lagos at 50: Here’s why half of the city needs to be turned into Museums

By size, Lagos is effectively one of the smallest of Nigeria’s 36 states but is home to an estimated 21 million people largely due to its possession of the single most functional port in the country and status as the de facto commercial capital of the country.

As Africa’s seventh largest economy, the state government is forever in the headlines for the substantial monthly revenue it makes and its relative independence from the federal government. But this is only scratching the surface and for a mega city begging for a whole scale infrastructural revamp, Lagos could do with a lot more revenue.

The solution might just be hiding in plain sight – half of Lagos needs to be turned into museums. And there’s no better time to begin this than on the 50th anniversary of Lagos as a state.

Last February, I was visiting the city of Kaunas in Lithuania. I was pleasantly surprised to see that it had a high concentration of museums depicting everything from its time in the Russian Empire in the 19th century to the world’s largest collection of devils in the house of a former art dealer. There’s a KGB Atomic Bunker Museum, an ethnographic Museum, an aviation museum, a museum for the blind, a zoological museum, a war museum, a medieval castle and the presidential palace, not to mention over 10 cinemas. And that’s a city with less than half a million residents.

Lagos needs to learn from this. Across Onikan, Marina and the entirety of Lagos Island are incredible architectural masterpieces, some of which have been preserved solely by the efforts of relatives of the original owners. Unlike the Casino Cinemas in Ebute Metta which is a skeleton of itself, even literally, two churches on Lagos Island – St. Paul’s on Breadfruit Street and St. Peter’s, Faji – all set up by Rev C.A Gollmer have been preserved because some of the Lagos elite worship there.

“The government in Lagos is doing little to preserve the built heritage that took centuries and decades to preserve by family members,” says photographer, Kelechi Anabaronye who has made it his speciality to capture the beauty of pre-colonial and post-colonial Lagos.

“There are talks of Lagos becoming a world-class tourism hub but it (government) lacks the knowledge that this cannot be achieved if there’s nothing to show for its history, especially in its built heritage which is a major part of a city’s history.”

Here’s a short list of select parts of the city that could be preserved for future generations and as a money spinner:

1.    Southern Sun Ikoyi Hotel, formerly known as Ikoyi Hotel was the place to be in the 60s, the Eko Hotels before Eko Hotels later came along. It played host to the cream of the crop and it was one week, one party in those days apparently. At one of those parties organised by Brig Gen Zakariya Maimalari who had just taken a new wife, several of the nation’s top military brass were gunned down in the coup of January 1966. Most of the Nigerians and expatriates who lodge there have no inkling whatsoever of the historical significance.

2.    Dodan Barracks should be a public place of interest, having served as the residence of every military head of state bar Sani Abacha and Abdusalam Abubakar. In 1977, Fela Kuti and his supporters marched there with the empty coffin of his late mother who died from soldiers’ brutality. This July marks fifty years since the start of the civil war; few will remember that it was at Dodan that Yakubu Gowon, head of state at the time, received the formal Biafran surrender. The barracks is dirty, rundown and accessible to any and everyone; rather than be able to generate funds for its maintenance, it is currently guzzling up whatever little allocation it gets for that purpose. Shame.

3.    Murtala Muhammed’s Cenotaph remains inconspicuous and poorly maintained, belying the fact that the former head of state was shot and killed by Buka Dimka on that spot in February 1976, just as he was leaving the federal secretariat opposite it. One is not a fan of Murtala given his role in the civil war but it is unthinkable that the government can allow the surrounding piece of real estate to be leased out to a business (a petrol station) that does not enhance the tourism value of the cenotaph, directly or otherwise.

4.    The 13-storey Federal Secretariat is a perfect metaphor for Nigeria; a big-for-nothing giant structure with nothing working at all. Initiated in the mid-70s by the Yakubu Gowon government, the building used to be an administrative complex and has real history, having served as the office for most federal ministries and the presidency at a time. Debo Akande, Ibrahim Badamasi Babangida’s press secretary from his time as army chief to president narrated in his book the story of a bomb scare in the building that turned IBB into a hero in the 80s, seeing as the general calmly focused on his work all through the panic and only left the building when he was prepared to go. Only a court case stands between the government and a private developer turning it into a residential apartment complex. Tragic!

5.    In addition, the entire stretch of land from Ikoyi Cemetery through the Federal Radio Corporation of Nigeria (FRCN) building where military coups would be announced and down to the National Archives ought to be cordoned off, even if the roads are to be in use.

If Lagos is so obsessed with becoming a mega city, then it needs to return to the basics and mint money from the very bits that gave it worldwide renown.