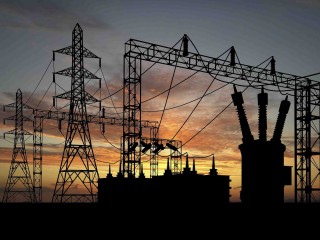 Power to the people: How Lagosians creatively cope with power outages

In February 2017, Ikeja Disco, the electricity distribution company catering to suburbs around the seat of government in the megacity of Lagos announced a one-month no-light situation. After many complaints, residents of these areas turned to generators and inverters, their reliable backups. The younger social media-savvy ones like Makuochi Okafor, 27, were literally left to their devices and go to any length to charge them.

“When I need to work on weekends, I have to go to the Ikeja City Mall for 30 minutes”, said the 27-year old. “There I buy something (food) and charge my phone to work from the restaurant. Even though this means burning my time and money on transport, I have to go there because ICM is the one sure place I know to find power.”

During a recent visit to Lagos, 25-year old pilot, Susan Ekpoh, noticed the solar panels powering inverters in her friend’s house so they could swing into action while the power was out. “The inverters run all day as long as you don’t turn on the fridge”, she said, while lamenting the daily outages which sometimes last as long as 20 hours. “The fridge doesn’t work and neither do the air conditioners, so you have to battle the heat with just fans.”

These are but a few of an array of creative solutions that Lagosians, used to years of constant epileptic power supply, have come up with. In 2006, the National Electric Power Authority (nicknamed Never Expect Power Always by longsuffering Nigerians), was unbundled by the government of the day into the Power Holding Companies of Nigeria (also nicknamed Please Hold Candle Now). Seven years later, its’ 17 utility firms under PHCN were partly sold to private bidders.

A change in name and administration did not significantly improve the power supply, instead, it ensured a transmission of the inefficiency of its predecessors. Cumulatively, the national grid has a total installed power output of 12,522MW but currently generates only about 4000MW in reality.

Analysts say the energy deficit is perhaps felt in Lagos, the pulse of the nation, more than anywhere else. “Being a commercial hub, Lagos requires a lot of power”, explains Dolapo Oni, head of energy research at the Ecobank Group. “We need say 2000MW at least but we get way less than that; roughly 400MW in all so this has to be rationed.”

Last Christmas, 12 plants accounting for a combined capacity of 2,035 MW of Nigeria’s total installed power output produced zero megawatts, according to statistics from The Nigeria Electricity Supply Industry, NESI. Nine months before on the afternoon of March 16, 2016, zero megawatts was generated by the system operator, the Transmission Company of Nigeria (TCN).

In January this year, Tony Elumelu, a foremost investor in the power sector lamented about the state of the power sector, describing it as a “walking corpse on the brink of collapse”. Transcorp Group, on whose board he sits as chairman, owns the largest fossil-fuel based power generating plant in the country and is being owed in the region of N50 billion (approx. $18 million) by the state-owned Nigerian Bulk Electricity Trading Plc for power generated. Last July, it announced it was shelving plans to build a 1,000-megawatt gas-fired facility as the economic downturn had made it harder to raise funds.

POWER TO THE PEOPLE

On Nigeria’s return to democracy in 1999, sixteen years after a coup aborted the Second Republic and left a certain General Muhammadu Buhari in power, the man at the helm of affairs was another general, Olusegun Obasanjo. His ascent to the office was on the platform of the newly formed People’s Democratic Party (PDP), whose slogan ironically was ‘Power to the People’.

Successive governments have promised an overhaul but the action has not matched the talk. And as Africa’s largest economy and one of its top oil producers endures its worst recession in 25 years, things have been worsened by rampant attacks by restive militants on its oil installations in the Niger Delta.

Nevertheless, the Minister of Works, Power and Housing, Babatunde Fashola, has insisted repeatedly that the target of 10,000 megawatts of electricity generation target set by the Buhari administration would be achieved in 2019.

In the interim, the responsibility of providing power for the people has fallen on the people themselves. On dark evenings in neighbourhoods without power, some of the residents crowd around barbershops and queue to charge their devices and discuss national problems away from the sweltering heat of their homes. For those who can afford it, they buy mini generator sets and rechargeable table fans to cope with the absence of light and the accompanying presence of heat, at night.

Folake Ajao’s fashion blog and PR business had been suffering from the epileptic power supply in her neighbourhood until she discovered a small café during a random visit to the mall nearby – and then she made it her home, working twelve-hour stretches on her laptop while sipping on just a bottle of water or latte throughout. “One day, the attendant rudely came to me and told me laptops weren’t allowed there anymore”, she said.

So she saved up money to buy a small ultra-low watt generator, the type popularly referred to as ‘I Pass My Neighbour’ – because it provides just enough power for a few appliances and its droning noise is a status symbol differentiating those with light from those without. “The shop owner told me it was 35,000 naira, more than 300% increase in the price from two years ago”, she laments. “I bought it because I had no choice.”

The desperation has aided businesses like that of Sunmonu Olanrewaju who does solar installations and rewires generators to use a cleaner and cheaper form of energy – liquefied gas – after fuel prices were increased last May.

Bunmi Kuku, an executive director at Ernst & Young believes in taking a holistic view on resolving issues affecting the power sector in Nigeria and a focused approach to overhauling the distribution and transmission infrastructure.

“There’s a huge level of investment required in the sector, which will impact the different players in the value chain”, she says. “At the bottom of the chain, the directive from NERC to meter all customers is yet to be fulfilled with non-maximum demand customers still receiving estimated bills. While we are starting to see an increase in interest from multilateral and other donor agencies to develop fiscal frameworks and guidelines for the sector, it is important to note that there is still a huge infrastructure deficit.”

In his time as the immediate past governor of Lagos, Fashola initiated and oversaw the installation of five Independent Power Plants (IPP) across the state. His successor, Akinwunmi Ambode is consolidating on that through the Light Up Lagos initiative, says a staff of the Lagos State Electricity Board who spoke on condition of anonymity.

“The past administration provided power through 5 IPPs but that was for state-owned facilities only and those establishments are powered off-grid”, she explained. “This current administration wants to make that power available to residents through Light Up Lagos. A committee has been set up with different energy stakeholders to make this happen. For now, things are still in the developmental phase as the investor companies are looking at a lot of details.”

“The IPPs were using captive power and different distribution systems but we want to switch to embedded power and integrate it into substations of the DISCOs (distribution companies). All of this is so that power generated in Lagos stays in Lagos so that regardless of the power situation across Nigeria, Lagos as a commercial hub will not be affected.”

Already, the government has embarked on a renewable energy drive for rural communities. “There are 11 health centres which are totally off the grid and 170 primary schools which use both solar panels and grid power.”

There are mounting concerns that by itself, Light Up Lagos may not be the lasting solution Lagosians have long hoped for. Oni explains that some consumers are cheating the system, thus making it hard for the DISCOs to recoup their expenses.

“Sometime last year, DISCOs were rejecting part of their power allocations because they could not pay for it and that’s because they have issues with collecting their revenue. For instance, there’s a highbrow estate in Lekki where residents bypass the meters and get free power for their heavy-duty appliances. It’s a bit of a chicken and egg issue but unfortunately, the average user wants to see power before he pays for it.”

In addition, it is not uncommon to see electricians hacking meters, bypassing them illegally for patrons from the next street after they had been disconnected as a result of their inability to clear their electricity bills. To this end, the Eko Distribution Company, one of the two DISCOs serving Lagos has instituted a whistleblowing campaign, offering 20% discount on tariffs to willing collaborators to out those circumventing the system.

“Even that might not work”, says Ajao. ”People like me just want power, we don’t care how.”

This story was made possible by the BudgIT Civic Media 2017 Fellowship.