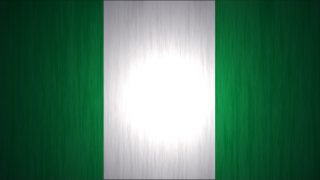 Beyond Buhari: The institutional campaign against Nigeria’s youth

President Buhari’s labelling of Nigerian youth as lazy and uneducated, though reprehensible, is not in the least surprising. This is because it is a reflection of the Nigerian society, which, led by morally bankrupt politicians, bigoted religious leaders and an insensitive privileged elite, has always treated young (particularly poor) people with disdain and reckless abandon.

President Buhari’s latest remark abroad has hit a nerve. Yes, there have been so many “abroad-remarks” from the President in the last two and half years—from painting Nigerians abroad as fraudsters, to implying that women, particularly his wife, have no business partaking in serious conversations. Yet, it is fair to say that the latest is the worst of all, not just because it insults the endeavours of millions of hardworking young Nigerians, as many on social media have rightfully and angrily stated, nor because it de-markets Nigeria and Nigerians to the international community, as business people have correctly pointed out.

President Buhari’s latest comment is the worst of all because the President did not misspeak, and he was not misunderstood, as his defenders have tried to argue. “More than 60 per cent of the population is below 30, a lot of them haven’t been to school and they are claiming that Nigeria is an oil producing country, therefore, they should sit and do nothing, and get housing, healthcare, education free,” President Buhari said at the Commonwealth Business Forum in London. This statement is wrong, insensitive and reprehensible, but to be fair to the president it is, at best, only semantically different from the gospel preached by many of Nigeria’s leading pastors, the motivational speeches given by most business leaders and the weak excuses for Nigeria’s underdevelopment offered by politicians. And when you match the President’s words against the policies of this government—and every government before it—or compare it to the acts and attitudes of the religious and business elite, you would find a society that neglects and condemns its youth at every turn, starting with education.

President Buhari’s first claim in his now infamous speech was that many Nigerian youths haven’t been to school. Of course, that is true, but the real question is why? And the answer is obviously the fact that our government have, firstly, failed to provide its young people with enough schools; secondly, the schools the government has managed to provide are abysmally poor by every standard; and thirdly, many young people, born into economic desperation caused by government irresponsibility and ineptitude, have had to choose scavenging for daily survival over sitting in a rickety classroom that promises nothing and delivers nothing. Now, if a parent was to accuse his or her child of not eating, the logical assumption would be that the parent had provided that child with food which the said child then refused to eat. This is why President Buhari’s statement is so painful to stomach; he accuses youths of not going to school, when his government and those before it did not provide the schools or the adequate conditions to attend them.

In the proposed 2018 Budget presented by President Buhari’s government, a meagre 7.04 percent of a total of N8.6 trillion is allocated to education, this is less than one quarter of the 26 percent of national budget recommended by the United Nations. As a matter of fact, no Nigerian budget has ever neared the allocation of 26 percent for education. If one needed evidence of youth neglect and abandonment by this government, and the ones before it, then this is it. But it doesn’t end here. The Nigerian elite don’t care if most Nigerian youths go to school or not. If they did, then missionary schools would not be among the most expensive in the country and private institutions would not market their “exclusivity” as an added value. Hence, we have a government that neglects the young, a religious education system that discriminates against the poor and a privileged class that cherishes “exclusivity” in education. Yet these three pillars of our society never fail to condemn young, often poor, people for not getting an education which they connived to deny them in the first place. Such posturing isn’t only insensitive, it is insolent and cruel.

The second of President Buhari’s charge against young Nigerians is that many sit and do nothing. Many Nigerians on social media have hit back at this accusation, some with evidence of the many great things that they are doing, without the government’s help. However, the President’s statement is not entirely untrue; many young Nigerians—not the majority by any means, but very many indeed—do nothing, or, at least, nothing of real value. Again, why? Well, because they can do nothing. They do not have the ability, as they lack the empowerment, to do something. Now, it is easy to talk about entrepreneurship when you live in Lagos, Abuja or other little urban encampments scattered across Nigeria, but if you are among the over 100 million Nigerians living in abject poverty and at the risk of starvation, then even doing enough to get a meal a day is hardest thing in the world.

So perhaps, whenever a young Nigerian is sitting and doing nothing, he is lost in thought, or drowning in depression, due to the fact that there is no opportunity to do something. Because, certainly, we can’t say that people love the idea of sitting hungry and dying a slow idle death.

Ironically, it is the religious and business leaders who routinely reiterate the Presidents accusation of young people as idle sitters. The former, in Sunday sermons, proclaim that anyone can do anything through God who empowers, hence those who do nothing haven’t been Godly enough. The latter retells at every opportunity how they self-made themselves and so “you can do it too.”

These two messages are code signs for rugged individualism, which charges particularly young people to pull themselves by their themselves, conveniently leaving out the fact that no one can ever stand up and do something without opportunity, empowerment and a support system. These three things are often unaffordable luxuries to children of the poor, which is why the most guaranteed way for young Nigerians to rise out of poverty is through the arts (music, comedy and the sorts) or crime, both of which do not necessarily demand formal skills acquisition. So, indeed if President Buhari cared about getting young people to stand up and do something, he might as well help them up with a real on the ground national job creation and vocational training programme. And the religious and business elite would do better to drop its condemnation of poor youths as failures or damaged goods as this is basically the same thing with the president’s unfortunate remarks.

The last of the President’s comments is actually the most despicable. He laments that young people want free housing, healthcare and education. Well, yes, we do! All of the major developed countries in the world (save for the US and to some extent the UK) have quality healthcare and education free at the point of use for all their citizens, employed or not. That’s actually part of what it takes to be a developed country. What many people may not know is that this President has been a beneficiary of free healthcare for most part of his life—throughout his time in the military and of course now as President. Ironically his free healthcare, for the last few years, has included fully paid medical trips abroad; a luxury that most Nigerian youths—who have to scavenge every iota of medication that they need—cannot even dream of. So, when President Buhari accuses young Nigerians of wanting free healthcare and education, it is because he is trying to hypocritically defend the egregious failings of our society to provide the minimum standard in welfare that citizens damn well deserve.

Yet, again, the president is not alone in his dismissal of universal healthcare and education; neither religious nor business leaders want any of this to be free for the masses because it would kill off a massive chunk of their profits. It is not a coincidence that religious organizations and businesses are heavily involved in the health and education sectors, and if they were only involved out of the benevolence of their hearts, then private healthcare and education would not be so expensive that the poor (the most of who are young) cannot afford it. The same is the case for housing. According to industry estimates, the average price for a nuclear family house around the Lagos Mainland, that is, the cheaper half of Lagos, is N75.51 million; with the average salary of the Federal Civil Service Commission roughly at N1.12m per annum. This means it would take the average federal civil servant just under 75 years (which is basically two lifetimes of service) to buy a house, and that is if he doesn’t spend a dime of his salary on anything else.

The elite have no such problem; they have the best health insurance packages provided by HMOs, the most exclusive schools for their children and mortgages designed for their lifestyle.

Here is the thing. For all of the outrage that has been expressed about Buhari’s statement, the truth is that it is more or less a reflection of our society which does not care about its young people, scapegoats the poor and is blind to layers upon layers of injustice that it breeds. So, as much as we should condemn the President’s shameful attacks on the youth; we should also be aware of the fact that, by making quality education a reserve of wealthy; by not bothering about providing universal health care; by making mockery of affordable housing; by paying lip service to job creation and vocational training; by blaming the poor for a poverty that the rich entrenches; all of our political, religious and business leaders, together with the entire socio-political elite, are, on a daily basis, shamefully attacking young Nigerians everywhere.