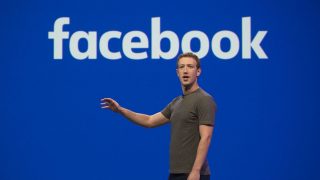 Facebook intends to rebrand itself with a new name to focus on building the metaverse. The social networking giant wants to transition from being a social media company to a metaverse. The metaverse is an intended successor to the mobile internet, interlinking virtual reality (VR) and augmented reality (AR). So rather than just viewing content, you are in it.

Facebook already has more than 10,000 employees building consumer hardware like AR glasses that Zuckerberg believes will eventually be as ubiquitous as smartphones. The social networking giant hasn’t had it rosy in recent times. The rebranding comes as the company faces public scrutiny and criticism from global lawmakers on several issues.

Frances Haugen, a former employee turned whistleblower, shared thousands of internal company documents with Congress, demonstrating how the platform contributes to social harms. Facebook is still under antitrust scrutiny by the U.S. government. Earlier this month, the company experienced a five-hour internal technical issue that affected its 3.5 billion global users and cost the company more than $6 billion.

To make or break?

Facebook’s plan to change its name is a way to revamp the company’s crumbling image. Many large corporations have rebranded to achieve a specific goal, such as removing negative associations or expanding into a larger market.

American multinational technology company Apple Inc. was initially named Apple Computers by founders Steve Jobs, Ronald Wayne, and Steve Wozniak. In 2007, the company dropped ‘computer’ for ‘Inc’ to reflect the company’s newfound emphasis on consumer electronics. “The Mac, iPod, Apple TV, and iPhone. Only one of those is a computer. So we are changing the name,” Jobs said at the time.

In 2013, Research in Motion (RIM) changed its identity to Blackberry, a household name a few years back. The name change was to refresh its tarnished image as it began marketing a re-engineered line of BlackBerry 10 smartphones. Although the smartphone has experienced a drastic decline in the number of users, the name change helped it at that moment.

The effect of a name change is double-edged. A brand’s name can make or break it. We look forward to seeing the long-term impact of Facebook’s name change, expected to be announced at the company’s annual Connect conference on Thursday, October 28th, 2021.