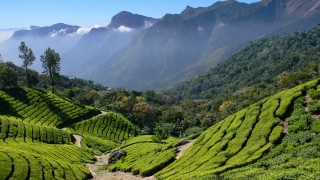 Even amidst civil unrest, Burundi’s economy is bouncing back

Burundi has recorded an exponential 61% increment in its earnings in tea exports for the first half of the year. The landlocked country, against all odds, emerged out of the civil unrest which left Burundi rather inundated.

Since the first quarter of this year, tea export revenue increased 52% from 2014. Cumulative sales rose from 2, 306, 702 kg in 2014 to 3, 197, 534 kg in March this year. The Office Du The Du Burundi (OTB)- the state run tea board- reported in April that the country earned $8.2 million as of March in comparison to $5.4 million at the end of 2014. Currently, earnings from tea exports have skyrocketed to $17.9 million. This is a reasonable growth for a country overwhelmed civil unrest.

According to OTB export chief, Joseph Marc Ndahigeze, “Earnings grew significantly in the first half of the year due to a combination of higher sales and better prices for Burundi’s tea on the regional market.”

This increase can partially be accounted for by the decline Kenya’s tea exports, as Kenya was the biggest producer and world’s top exporter of black tea in East Africa. “Prices of Burundi’s tea were up thanks partly to a decline in Kenya tea output in the first three months of the year,” said the OTB export chief.

Burundi needs to sustain this growth for a number of reasons. First, tea exports are the second largest hard currency behind coffee, which caters for the 10 million population of the country. Burundi’s economy is primarily agrarian. Even though tea accounts for about 90% of foreign exchange earning, it contributes a little above 30% to the GDP. Since the country is yet to industrialize and diversify its economy, it is important the country builds on its strength till further developments fall in place.

There is an increase in export revenue, which has positive impacts on Burundi’s economy and people at large. Burundi sells 80% of its tea at a regional auction held at Mombasa, a Kenyan port city. The country appears to be taking over the East African tea market from Kenya. This sense of healthy competition will amount to overall growth of East Africa, with spill-over effects on the continent at large.