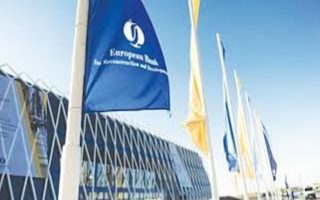 The European Bank for Reconstruction and Development (EBRD), in a bid to strengthen the access to funds for small firms in Tunisia, released a loan of €5 million to Compagnie Internationale de Leasing (CIL) – a car-leasing company on Tuesday.

CIL which is among the top five car-leasing companies in Tunisia is majorly controlled by a group of local investors and is listed on the Tunis Stock Exchange. As a small public enterprise, funding occasionally presents limitations and debilitates its potential.

Over time, lack of access to finance coupled with liquidity constraints has affected the growth of many private businesses in Tunisia. EBRD, therefore, seeks to reinforce the country’s financial sector by providing loan assistance to small business enterprises.

According to a report by the International Finance Corporation (IFC), 98 percent of businesses in Tunisia are Micro, Small and Medium-sized Enterprises (MSMEs), which accounts for 40 percent of the GDP as well as 56 percent of employment, constituting more than half of the general population.

However, 71 percent of these MSMEs are banked while one-fourth considers access to finance as a major obstacle in the operation of their business. Therein, the ability of companies to obtain financing to run their business operations is crucial to the company’s longevity, without which shutdown is inevitable.

Also, facilitating more access to credit for SMEs in Tunisia will bridge the long-term financing gap in the sector, help fulfil its potential and enforce economic development in the East African nation, amongst others.

With the EBRD fund, the CIL will expand its company through acquiring more fleet of cars and hiring more employees, especially drivers. Since EBRD started operations in Tunisia about 7 years ago, the bank has invested €874 million across 42 projects and provided technical assistance to nearly 1,000 small and medium-sized enterprises (SMEs), two-thirds of which are in the regions.