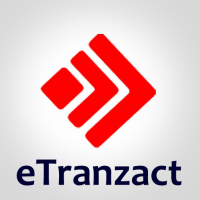 Both awards are focused on recognizing and promoting innovation and excellence on the continent; the AfricaCom awards specifically focuses on institutions operating in Africa’s digital market. Their hall of fame boasts of such players as Seacom, Huawei Technologies, Ericcson, Liquid Telecom, Safaricom limited and MTN.

eTranzact, in a visionary move, stepped foot into the mobile money scene in 2003 before the concept gained wide recognition and acceptance. According to a press release from the firm, “The team always believed that mobile would be at the forefront of payment innovation and had a dedicated team working on research and development. This led to pioneering research that kick-started the mobile banking sector in Nigeria and eventually birthed “PocketMoni”, the mobile money service.”

Since approval in 2012, the PocketMoni service has garnered a customer base of about 1.1 million and an agent network of 4,500 agents scattered across Nigeria. The company processed at least $600 million in 2013 in about 1.8 million transactions on PocketMoni and related services.

As a statement of the impact the service is making in the country and continent, it has attracted a number of awards and grants most notably a $250,000 grant from the Enhancing Financial Innovation and Access (EFInA) initiative powered by the UK’s Department for International Development (DFID) and the Bill & Melinda Gates Foundation. The firm will add $100,000 to the grant money in order to execute a special mobile money project already tagged “PocketMoni 500” in the Northern and South Western regions of Nigeria.

A key obstacle to the adoption of mobile money in the country has been low internet penetration, and this is why the PocketMoni service leverages a spectrum of communication protocols including SMS, USSD, and Internet thereby introducing a significant layer of ubiquity to the service which just about anyone can use from anywhere there is a mobile network.

As it pushes to improve its service delivery and position globally, the company has entered into several partnerships that have positioned it to be better for the population. It has achieved direct fibre optic connection with 5 GSM and one CDMA operator which ensures that it can withstand high capacity traffic and minimizes transaction failure which has helped deliver premium user experience. Also, a version of the product called “PocketMoni Global” has been developed to work in over 50 countries and allows airtime recharge, money and bank transfers in those countries.

“We are delighted to announce that eTranzact have fought off stiff competition to be shortlisted in the Best Mobile Money Solution Category with their PocketMoni Mobile Money Service at the Africa Com Awards,” says a statement from the organizers of the AfricaCom Awards.

In recognition of the nomination, Mr Ayo Oladimeji, Head of eTranzact’s PocketMoni commented; “It’s a big honour for us to be nominated in such a prestigious category at the AfricaCom Awards 2014. eTranzact has been in operations since 2003, and early enough our CEO, Valentine Obi who many describe as the Father of Mobile Payments in Nigeria, understood the importance of leveraging technology to make payments easy. We believe this is only the beginning and look forward to achieving more greatness with our mobile money service.”