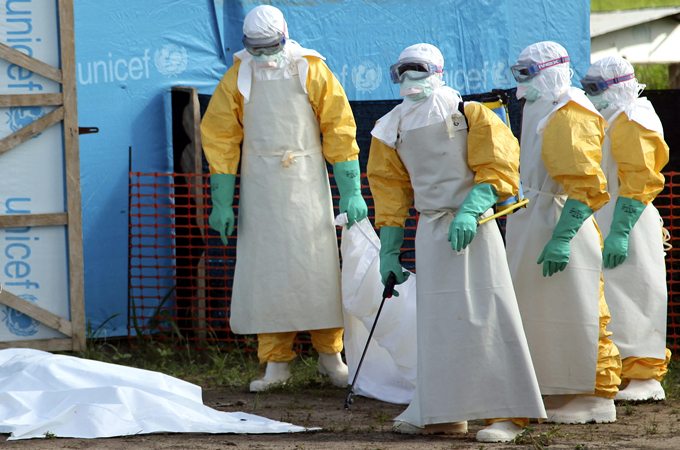 Etisalat Nigeria is joining forces with the African Union (AU) Commission to fight Ebola in West Africa. The epidemic, considered the worst of all outbreaks till date, has affected not only rural dwellers but economic activities across the continent.

At a recent Business Discussion on Ebola hosted by the AU, Etisalat and other mobile operators committed to support efforts aimed at combating Ebola by unveiling a three month campaign “AfricaAgainstEbola” across Africa. This will focus on donations from members of the public who are customers of the operators to be channelled into fighting the Ebola Virus.

The SMS fundraising campaign, set to run until the end of February 2015, will use the short code 7979 with local variations where technology is required. Customers will be asked to text ‘stopebola’ to this code in order to donate in their individual countries.

Speaking on the partnership, Matthew Willsher. Chief Executive Officer at Etisalat Nigeria, said “Etisalat’s partnership with other operators in the effort to ‘kick Ebola out of Africa’ reflects the way innovative technology can be used to improve lives. The ability to generate funds through SMS powered by all the operators will support the deployment of Health workers to the affected countries and will go a long way in getting rid of the deadly virus from the African continent.”

The African Union (AU) had previously teamed up with the African Development Bank and other regional business leaders to flag off a $28 million Ebola crisis fund. This leading effort by the AU, under its African Union Support to the Ebola Outbreak in West Africa (ASEOWA) mission, has seen the deployment of 90 health workers to the three affected countries.

Dr. Nkosazana Dlamini Zuma, African Union Commission Chairperson said the organisation is conscious of the urgent need to act fast. “It is only by acting together will we ensure that our continent and world is free of Ebola,” he confidently states. “Let me repeat our call to all Africans to lead the global efforts of solidarity with our brothers and sisters in Liberia, Sierra Leone and Guinea.”