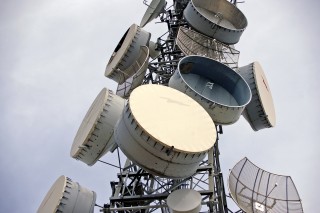 The Ethiopian Communications Authority (ECA) on Thursday, May 21, 2020, announced that the Horn of African country will proceed with its plans to privatise the telecommunications sector after delays due to the global coronavirus pandemic.

In a statement by the Ethiopian regulator, “the sector liberalisation process is continuing amid the COVID-19 crisis which shows the government’s strong will to fight the pandemic while keeping track of the ongoing economic reforms.” The issuing of these licences will open up one of the world’s last major closed telecoms markets in the country of around 110 million.

In a bid to break away from state monopoly, ECA, therefore, invited bidders to send in expressions of interest for two intended telecom licences. According to the ECA, by awarding these licences, the primary goal of the Ethiopian government is to ensure reliable and accessible communications for all its citizens. Consequently leading to improvements in quality of life and in connectivity to support rapid economic transformation while maximizing the opportunity presented by the global digital economy.

Ethiopia is targeting highly capable and qualified telecommunications operators to become new license holders in its rapidly growing economy. ECA revealed that the licences would be awarded through a “competitive bidding process,” but did not give a deadline for the allocation of the licences. Winners of the license will be able to build, own and operate a nationwide telecommunications network, including an international gateway.

So far, Kenya’s Safaricom has announced its intention to gain foothold in Africa’s second-most populous country in the continent. France’s Orange, South Africa’s MTN and Zimbabwe’s Econet Global have also shown an interest to bid.

Ethio telecom is often noted as the world’s largest telecom monopoly with 44 million subscribers, while its internet users are above 22 million. Over the last year, it has attempted to modernize as the prospect of competition looms. In an article by QuartzAfrica, Zemedeneh Nigatu, an investment consultant said: “The introduction of two new competitors and the partial privatization of Ethio Telecom in the next several months will significantly benefit the economy in general and telecom customers in particular.”

With the World Bank’s International Finance Corporation (IFC) hired as a transaction adviser by the ECA, Ethiopia will extend operations in its telecom sector to other multinational companies, therefore, ending the government’s monopoly.