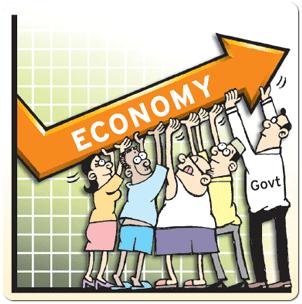 Ethiopia says that the double-digit economic growth the country has experienced over the last seven years has started benefitting its majority by boosting their income and productivity in agriculture and small-scale businesses.

While the International Monetary Fund and the World Bank state that the country has registered 8.7 percent GDP growth, the government claims the economy has grown by 11.4 percent.

However, the country was declared the second-fastest growing economy in Africa for 2011, after Ghana, in the annual economic report by the United Nations Economic Commission for Africa (ECA).

In the past, Ethiopia has made headlines for recording some of the worst famine situations in Africa, and for its poor health indicators – it has posted one of the highest maternal mortality rates in the world. In 2005, 871 women died per 100,000 live births.

But this is slowly changing as the government has made progress in the provision of social services such as health, education and infrastructure.

“In 2010, Ethiopia continued to register the fast growth, as it has for the last five years. GDP growth in 2010 remained strong at 8.8 percent. Growth is driven by the service sector (14.5 percent), followed by the industrial (10.2 percent) and agricultural (six percent) sectors,” the ECA report indicated. Click here to read the full report