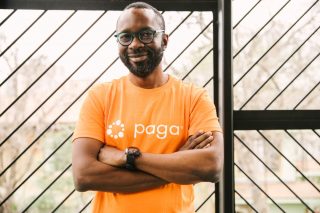 Ethiopia offers a lucrative but tough market for Paga

Nigerian FinTech startup, Paga is looking to tap into a major African market with the confirmed acquisition of Ethiopian-based software development firm, Apposit, along with an entry into the Horn of Africa nation.

Ethiopia is one of the fastest-growing economies in Africa with double-digit growth figures and a huge potential in the telecommunications and IT sector. Moreover, the number of mobile phone users has increased greatly in recent times while the country’s population of around 100 million – largest in East Africa and second-largest on the continent – makes it a potentially lucrative market for mobile money.

But the uptake of digital financial services in Ethiopia is minimal even though the country got its first mobile money service seven years ago. Less than one percent of the population make use of mobile money compared to 73 percent in Kenya. This is despite the fact that more than three-quarters of Ethiopians do not have access to banking services with over 66 percent of adults reported to be without an account as of 2016.

The objective for Paga, which also plans to enter Mexico later this year, is to open new possibilities in the cash-dominated Ethiopia. “The goal is straightforward. We want Ethiopians to use the Paga wallet as their payment account. So it’s about digitizing cash transactions and driving financial services,” CEO Tayo Oviosu told TechCrunch.

“There are very large countries around the world in Africa, Latin America, Asia where these [financial inclusion] problems still exist,” Oviosu added. “So our strategy is not an African strategy…We want to go where these problems exist in a large way and build a global payments business.”

Achieving that goal will be aided by the acquisition of Apposit, a company Paga has been working closely with since 2010, which has helped build its payment platform into becoming one of Nigeria’s top fintech services.

The acquisition of Apposit, for an undisclosed fee, follows the $10 million Series B funding Paga secured just over a year ago after which Oviosu revealed the company’s plan to expand globally. With this development, the software development company will now be fully involved in Paga’s payment platform.

Apposit’s team, comprising 63 engineers and technicians and famed for digitizing the Ethiopian Commodities Exchange, will now be at the disposal of Paga, in what is a boost to the company’s product development capacity. Meanwhile, its founder Adam Abate will become the CEO of Paga Ethiopia once it commences operation.

“We aligned ourselves as African entrepreneurs…which then developed into a close relationship where we became…investors in Paga and strategically aligned,” Abate said on the longstanding relationship and eventual consolidation with Paga, in which Apposit also has a stake. Other co-founders of Apposit are Simon Solomon and Nigerian, Eric Chijioke, who is also Paga’s CTO.

But before a full rollout, Paga still has a couple of hurdles to overcome such as securing local approval from relevant regulatory agencies, as well as the issue of lack of Internet connectivity. Reports show that only around 15 percent of Ethiopians are regularly online and mobile Internet is often only available in big cities like Addis. But that should not be much of a problem for Paga given the service is built mainly around SMS messages.

As the Nigerian fintech space becomes more saturated and competitive by the day, Paga’s expansion to Ethiopia offers a massive growth opportunity for the company to establish itself as a leader in an economy still stuck on cash. But it will most likely not be a stroll in the park.

Paga is a Nigerian-based mobile payment platform that allows its users to transfer money and make payments through their mobile devices. It also offers basic banking services such as savings accounts, wire transfers, and merchant services. The platform was founded in 2009 by Tayo Oviosu and publicly launched in 2011.