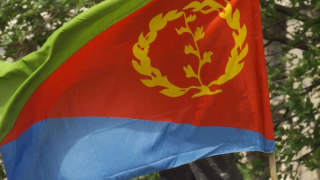 Eritrea finally out of US doghouse

In a move that carries great significance for the country’s future, Eritrea has been removed from the United States’ terror watch list. This list comprises of nations believed by the US State Department to be uncooperative in the global fight against terrorism.

Eritrea has been on the list since 2008, spiralling into the start of lengthy UN sanctions for allegations of providing support for Somali-based al-Shaabab. It shared the annual dishonour with such veteran pariahs as Syria, North Korea, and Iran.

On its part, the Horn of Africa nation has repeatedly claimed its innocence, deploying its ministry of information website particularly well. It blamed, among other organizations, Al Jazeera, for “spewing false and vicious news about Eritrea,” accusing the Doha-based media group of “outright and despicable dishonesty.”

In November 2017, the website published a thundering rebuke of the UN, among other parties. “As it will be recalled, the sanctions on Eritrea were imposed in December 2009 under trumped-up charges of “Eritrea’s support to Al-Shebaab (Shabaab) in Somalia.”

“That this allegation had no basis in law and fact was known to the principal architects of the resolution as well as to vast members of the UN system.  Nonetheless, Washington was doggedly wedded at the time to a political agenda of “punishing Eritrea.” As it happened, it used its diplomatic clout to ram through the resolution under dubious circumstances on Christmas Eve that year.”

The Eritrean point of view was that the country was being punished for asking questions about Ethiopia’s occupation of sovereign Eritrean lands. It suggested that the UN and the AU were doing the easier thing, punishing the smaller party, rather than confronting the big dog, Ethiopia.  According to a statement in March 2019, “The frantic defamation of Eritrea reflects their desperate attempts to sow confusion in a vain attempt to roll back the quest for enduring peace and cooperation in the Horn of Africa Region.”

For the first time in fourteen years, a US Congress delegation visited the country. In the delegation were Eritrean-born US congressman, Joe Neguse of Colorado, and Somali-born Ilhan Omar of Minnesota. They were impressed by the swift resolution of peace achieved between Eritrea and Ethiopia and hoped for greater cooperation.

Before them, Tibor Nagy, U.S. assistant secretary of state for Africa, had visited Eritrea in late 2018, following the Jeddah pact and the consequent relaxing of UN sanctions on the country, sending a message of friendliness.

Eritrea has scored significant diplomatic victories since 2018. First, the Ethiopians, under progressive PM Abiy Ahmed, gave back the land under dispute, the border town of Badme in the Gash-Barka Region, 139 km southwest of Asmara, the Eritrean capital. This was followed by a joint declaration by both countries in Asmara in early July 2018.

Then it all culminated in a joint declaration of peace and friendship agreement facilitated by Saudi Arabia in September 2018, dubbed the Jeddah pact, effectively bringing to an end a two-decade war that had reportedly killed 100,00 people.

While signing the Jeddah pact, Eritrean President Isaias Afwerki said, “Hate, discrimination and conspiracy are now over. Our focus from now on should be on developing and growing together. Now is the time to make up for the lost times.”

Herman Cohen, a former US assistant secretary of state for African Affairs, says he hopes the US forges a tighter alliance with Eritrea, as he thinks the Horn of Africa nation is a “friendly, crucial strategic country,” who he believes are “looking to modernize their economy.”

Analysts believe that this removal is a nice gesture, but that the UN sanctions had heavier consequences. Awet Weldemichael, an associate professor of history and global development studies at Queen’s University in Kingston, Ontario, said the UN sanctions were consequential for Eritrea because close scrutiny of the country’s foreign transactions, “severely hampered the country’s foreign transactions.”

It is important to note however that this development isn’t without constraints. Mr Cohen hinted that it’d be very important for America to “have military people there who can observe what is going on” in what he calls a “very volatile, crucial area.”

There is also the fact that Eritrea, while it remains without a democratically elected government and represses press freedom, will always be closely watched. Already, the US has accused the country of being a “systematic, ongoing and egregious” violator of religious freedom, a charge the Eritrean information machine has energetically denied.

Eritrea, which celebrated its twenty-eighth year of independence on May 30th, will be hoping that with the reprieve from the US terror list and the easing of UN sanctions, it can finally forge ahead with the progress promised by president Afwerki during the Jeddah pact signing.