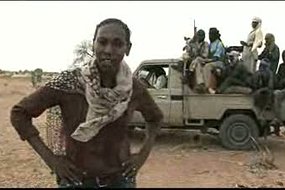 and elegant, the likes of Bethlehem Tilahun Alemu, Ory Okolloh, Kirsty Conventry, Chimanamda Adichie, Nima EL Bagir and many others have broken out from the shell of their respective dreams to become Africa’s most inspiring young women.  These are individuals who have launched or established change-making initiatives that have matured into profound influence among their contemporaries. Arranged alphabetically, each from 10 selected African countries; here are some of the most sought-after African women under the age of 40 years. From their little corner, they dared to venture out to become the epitome of modern African young woman.

As the world mark International Women’s Day today, we hope young Africans home and abroad will find these figures inspiring and be spurred into achieving their set dreams as well!

Chosen as one of the 2012 New York City Venture fellows, Bethlehem was born and brought up in a rural town in Adisa-Ababa, Ethiopia.  She is an Adisa-Ababa based eco-friendly footwear maker who transformed the skills of people living in her local community into a sustainable enterprise with over a hundred staff.  The founder and Managing Director of SoleRebels is a recipient of the Most Valuable Entrepreneur Award held in 2011 at the Global Entrepreneur Week in Ethiopia.  The World Economic Forum also recognized Bethlehem as a Young Global Leader in 2011. Last year, she held the Most Outstanding Businesswoman of the Year Award at the annual Africa Business Awards by the African Business Magazine.

She will be 40 this year but her outstanding performance as the Managing Director and Chief Operating Officer of Goldman Sach’s Asia Securities Division stood her out before Ghana’s young and aspiring bankers and entrepreneurs.  The Ghanaian Financial Analyst is inspiring young people around world especially women, to become prominent leaders and change-makers. Lisa’s name was short-listed among Black Enterprise’s 75 Most Powerful Women in Business by a US-based Black Enterprise Magazine. Graduated with a BA from University of Minnesola, Lisa also went through Harvard Law School before rising high on the hill of top executive personnel of the giant financial firm, Goldman.

The technology co-founded by Okolloh, Ushahidi, became most helpful to promptly put to rest the violence that took over Kenya

shortly after a disputed presidential election in 2007. Ushahidi is a website that is engaged in collecting and recording eyewitness reports of violence through text massages and Google Maps. Since then, the technology has become a new trend adopted by some other countries to track elections, pharmaceutical availability and other purposes. The Harvard trained lawyer and activist from a humble background in Kenya is presently a Policy Manager in Google, Africa. Okolloh has before her present position with Google worked with the World Bank, Kenya National Commission on Human Rights and some NGOs across the world. She is a spotlight on global technology and a trail blazer, setting the pace for other women to follow.

Born in Monrovia, Liberia in 1982, Saran returned to her country home 18 years after she fled the country at age 8 with her family as a result of the civil war. But she returned to the country, with a heart to serve and impact lives. In her words,

“In 2005, I began sending funds back to Liberia to help a young family friend with his school fees. After two years, he went on to complete high school and enrolled at the University of Liberia. When I realized just how much of an impact my rather small support had made, I decided to scale up my efforts and dedicated myself to improving the lives of those less fortunate.

In early 2008, I launched FACE Africa with the goal of providing educational opportunities to children and young adults in Liberia and other war-torn countries. In October 2008, during my first visit to Liberia in nearly 20 years, I was faced with the harsh realities of a post-conflict Liberia and the enormous challenges facing the country.

I left Liberia somewhat depressed and disheartened but also had a new found understanding of the needs and challenges as well as ways in which I could contribute to the rebuilding efforts. One of the areas that I felt needed immediate attention was the water and sanitation issue. The war destroyed major water points and water systems, forcing millions of Liberians to go without access to clean and safe drinking water and proper sanitation facilities.

In October 2009, with a $10,000 grant from the Davis Project for Peace and in partnership with Clean Water for Kids, we began implementing our first clean water project in Barnesville, Liberia. The project involved the installation of a water purification system capable of producing up to 20,000 liters of drinking water per day.

Exactly one year later, we broke ground on a water and sanitation project in a small rural community called Joezohn with no access to safe drinking water or sanitation facilities. The project was implemented in partnership with Concern Liberia and funded with the help of a $20,000 grant from the Chase Community Giving Program.”

Today, through FACE of Africa, she has continued to scale up different projects and impact lives for good.

She was born in 1977, in Enugu, Nigeria. “The most prominent of a procession of critically acclaimed young Anglophone author”, as she is widely called, Chimamanda came to the world consciousness when her first novel, Purple Hibiscus was short-listed for the Orange Prize for Fiction in 2004.  The same book in 2005, won the Commonwealth Writer’s Prize for Best First Book. Two years later, in 2007, her second novel ‘Half of a Yellow Sun’ was named the Orange Prize for Fiction. Adichie who is inspired by Nigerian history and tragedies is helping to promote reading among people across the world.

Sesay was born in 1976, in the United Kingdom, but she spent her childhood in Sierra Leone. After graduating from Trinity College, Cambridge where she studied English she became a volunteer researcher for a BBC talk show, kilroy. Sesay presented several programmes for the BBC, CNN, TWI and Good Morning Sports Fans for Sky Sports News. She is the host of Backstory as well as the presenter of 360 Bulletin on Anderson Cooper 360º.

Serving as Director at a choice of companies, Yolanda was once one of the youngest Chief Executive Officers in South Africa. Then at 29, she was already a CEO at the Mvelephanda Group, one of South African multinational giant.  Yolanda is an Independent Non-Executive Director and Member of Board Finance Committee at Absa Group Limited, Healthcare and several others. The graduate of statistics from the University of Cape Town and Accounting from the University of Natal in Durban is a recipient of Youth Excellence Award, Top Empowered Business Women of the Year Award and more.

Graduated from the London School of Economics with a B.Sc. in Philosophy, Nima was born in 1978 and had her early journalism career with the Reuters, reporting from Sudan. She covered the conflict in Darfur. While carrying out her reportorial duty, she met and interviewed Hemeti (Mohammed Hamdan Dogolo) one of the main Arab Janjaweed Commanders during the fight in Darfur. In 2005 she joined the More4News where she exposed rape assertions against the African Union in Darfur. In 2007 Nima was one of the few journalists reporting from Mogadishu during the US bombing of Somalia. She later joined the CNN and became a London based international correspondent in 2008.  The fearless Journalist has received the Press Association Awards, TV News story of the year. And Broadcast Journalist of the Year Awards.

Besides being the Director, Head of Africa World Economic Forum, Kanza once won the Young Global Leader Award. The economic advisor to Tanzania President Jakaya Kikwete holds a bachelor’s degree in International Business Administration from the United State University, Africa. She also has a MA in Development Economic from centre for Development Economics, Williams College in the US. Kanza has contributed immensely to the economic of her country home.  She is currently a fellow Archbishop Desmond Tutu Leadership program. Kanza is an African Development Economist.

29 year-old Conventry is a Zimbabwean swimmer born in Harare, the capital of her country. The record holder became the first Zimbabwean swimmer to reach the semifinal at the Olympics and was named the Zimbabwe’s Sports Women of the Year while still in high school in 2000. Conventry has participated in many world swimming and Athletic tournaments, especially the Olympics and she has competitively won several medals. Popular described as Zimbabwe’s national Treasure, she won gold medals at the International Swim Meet in Narashimo, Japan in 2007.  Conventry broke the record of Krisztina Egers Zegi in 200m backstroke at the Missouri Grand Prix, in 2008. In history, she became the second woman in the world to break the 59 second barrier in 100m backstroke.  She was recognized as the FINA Female Swimmer of the Championships with several other records.