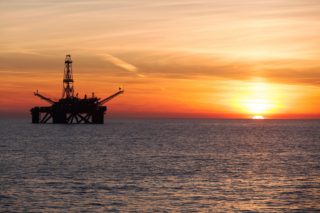 Taleveras, one of Africa’s largest energy traders, has settled its disputes with ING and BCGE, two major European banks. According to multiple sources and U.K court records, Taleveras made payments running into millions of dollars to settle and cover its pending positions with the banks in 2020, bringing all matters to an amicable closure.

In 2019, Bloomberg reported about loan disputes between the banks and the energy trader. The disputes arose after the NNPC, the Nigerian state-owned oil company, abruptly cancelled Taleveras’ crude-for-products contract, which led to major exposures in the trader’s books and disputes with its supply counterparts.

Taleveras, which has consistently been on the radar of many industry watchers and analysts since its incorporation in the late ‘90s, has had to navigate innumerable challenges in the ever-volatile oil and gas industry. However, the company still holds sway as one of the most successful energy trading houses to be founded by an African. Today, Taleveras is increasingly gaining a respected position as a resilient company that keeps thriving in the oil and gas markets.

Taleveras is one of Africa’s leading integrated energy conglomerates. The company operates and invests in the upstream, midstream, downstream and power sectors of the energy industry and has offices across Africa, Geneva, London and the United Arab Emirates. A top oil industry analyst, who preferred not to be named, once stated, “The oil and gas industry, especially when you are contracting with sovereign states, could be tricky as it’s difficult to avoid the politics and the associated negative perception. Taleveras has had its fair share of its public perception problems, but the major talk in the industry is about how they are navigating through everything positively, and diversifying their business in the global markets. If they can sustain this growth and overcome it all, it will surely be one for the books.”