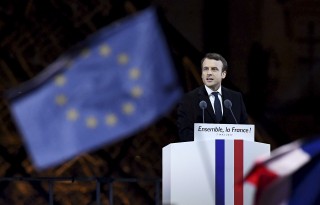 The people of France have decided that Emmanuel Macron will be their next president. 66.06 percent of the votes went to Mr Macron while 33.94 percent went to his opponent and Front National Party candidate, Marine Le Pen. Macron contested as an independent with his own party, En Marche. His victory, according to him, is a new page in France’s history, a “page of hope and renewed trust.” 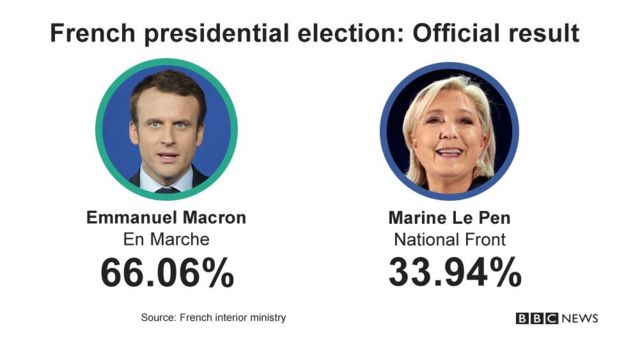 This electoral victory means 39-year-old Macron will become France’s youngest president (Napoleon was 35 when he became the emperor). His age and youth have been the subject of focus in many parts of the world, particularly Nigeria. Macron’s victory at the polls has revived a call for more youth participation in Nigerian politics. The idea is that the old guard has let the country down and no longer (or ever did) have Nigeria’s best interests at heart. Another idea is that if Nigeria’s future is to be better than the present, the very people whom the future will affect (i.e. the youth) must stand up, take charge and be more active in the running of their country.

This is no doubt a noble plea. It is also appealing, the idea that young people need to rise up and do something about the ship they occupy before it sinks to the lowest, darkest depths of the ocean is winsome. But what it is not is straightforward. Youth is not a guarantee of difference. That a political office holder is young doesn’t mean he will do better than the older politician that doesn’t seem to care for the people. It doesn’t mean he will be less corrupt or more capable of reading the compass and steering the ship in the right direction. In fact, it means very little in the grand scheme of things.

Nigeria’s political problems are as systemic as they are individualistic. The problematic system is made up of several problematic parts, some of which are damaged beyond repair and need to be taken out completely, if not, the machine that is Nigeria will continue to sputter and spit smoke, choking up the atmosphere and making the whole place inhabitable. A good example that youth doesn’t automatically make a difference is Governor Yahaya Bello of Kogi state. The 41-year-old governor is the youngest in Nigeria and has been accused of several things that the old guard are guilty of, some of which are tyranny and abuse of power and corruption.

Looking outside Nigeria but still within Africa, we have Joseph Kabila, the 43-year-old president of the Democratic Republic of Congo who has been head of state since 2001 when he was 29 years old. Kabila is a tyrant, one who would go to great lengths to hold on to power. Yahya Jammeh, the infamous former president of The Gambia was 29 when he took over the country in a bloodless coup; he held on to power for over 22 years and almost drove The Gambia’s economy into the abyss before he was forced out of office. The list of young people coming into power and messing things up is longer than this, but the point is simple: youth is by no means a guarantee that a politician would act better than older, ill-performing politicians.

Nigerian politics is full of men who revel in the inefficiency of the system and exploit it to promote corruption and mediocrity. Significant change has to begin from the grassroots. As long as a politician is able to go to a village or ward, present hungry people with bags of rice and thirsty people with boreholes and drinking water, he will most likely have them on his side, and the more people he can do this for, the more potential votes he has in his ballot box. If young people truly want to make the change Nigeria so desperately needs, we need to go back to base, to get our hands dirty by bending down and tending to the roots of this forest called Nigeria. We can start from the local government and ward level participation and then work our way up.

While Macron’s victory is inspiring, it won’t mean much to us if we don’t take the right steps toward developing youth participation in politics.