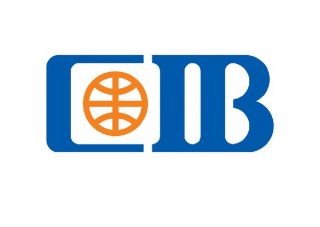 Two years after the announcement of the Commercial International Bank (CIB) plans to expand its footprints outside Egypt, the financial service provider has opened an office in Ethiopia’s capital, Addis Ababa.

And after its investment expansion into East Africa, the lender’s choice of Ethiopia has been considered strategic by analysts. Ethiopia is yet to grant licenses to foreign financial institutions. Despite this, it has continued to attract foreign investments in anticipation of its planned economic liberalization.

Commenting on the establishment of this office, Hisham Ezz El Arab, Chairperson of CIB said to Euromoney, “We believe that there are many promising growth opportunities in Ethiopia, which we expect would have a positive return on the bank’s shareholders.”

In the past few years, Ethiopia has recorded some of the highest economic growth rates across the world and is definitely one of the most attractive markets in the Horn of Africa.

“The business climate in Ethiopia on both the financial and commercial levels has introduced new avenues for our bank to provide all possible services to existing and future customers,” another board member, Hussein Abaza added.

Though the country’s Prime Minister Abiy Ahmed, who champions the idea of liberalization, is yet to ascertain this expansion prospects, CIB is positive that the government is working towards a change in privatization laws.

The biggest private bank in Egypt intends to proffer services such as trade and project financing, online banking services and a limited branch network for retail and corporate clients to the second largest populated country in Africa.

Not only will the newly established bank boost the banking sector of Ethiopia, but the bank will also be staffed with Ethiopian citizens and headed by an Egyptian.

In the long run, CIB has speculated more prospects in Tanzania and Uganda, hence more expansions might happen sooner. Other Egyptian banks such as Banque Misr, EFG Hermes have indicated their interests in East Africa, a testament to the readiness of the country for foreign investments.