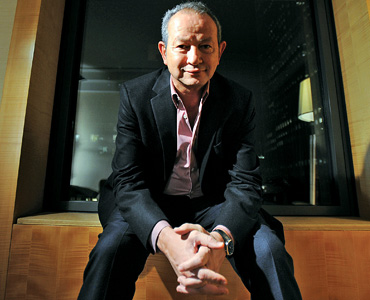 Egypt’s billionaire businessman, Naguib Sawiris, has made an offer to buy 53 percent of media group, Euronews Media, for $40 million, it emerged this week.

This comes at a time when Euronews Media is looking for capital injection to bolster its expansion plans.

“The arrival of Naguib Sawiris would be a tremendous asset to Euronews, as this investment would allow a quick implementation of our development plan, while maintaining our European public mission heritage,” Al Ahram Online quoted Euronews as having said.

“I will be committed to carefully respecting the editorial independence and the mission of general interest of Euronews,” Sawiris, the CEO and chairman of Cairo-based Orascom Telecom Media and Technology (OTMT), told Euronews.

The Egypt-listed OTMT has operations in Egypt, North Korea, Lebanon, Pakistan and other North African and Middle Eastern countries.

Euronews is owned by 21 public television channels and three local authorities, with 600 journalists covering worldwide news, according to Al Ahram.

Exclusive talks between the Euronews supervisory board and Sawiris are continuing.

Michael Peters, the CEO of Euronews, has been reported as saying his company has been preparing for this move for a couple of months now. “We have to invest in our channel’s contents and in our programmes and in the Euronews brand. But in the light of the financial position of public channels in Europe, having foreign investments in the channel is more likely,” Peters told The Middle East Monitor.