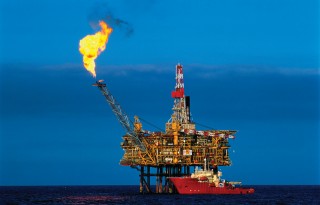 Declining output amid rising demand has turned Egypt to an oil and gas importer, after decades of being an exporter. The country’s officials say it has agreed a deal with British oil giant BP, for the supply of liquefied natural (LNG) through 2015 and 2016.

“We signed with BP to supply 16 cargoes of liquefied natural gas, that will be received through 2015-2016,” head of state-owned Egyptian Gas Holding Company (EGAS), Khaled Abdel Badie told Reuters.

An initial deal of 21 cargoes was said to have been agreed with BP as part of a major tender which would see 70 cargoes delivered to the North African country. But Reuters cited a source as saying that an agreement could not be reached early enough, which led to the reduction in the number of cargoes delivered by the British firm. Other firms to have won the right of supply in the January tender include multinational commodity traders, Netherlands-based Trafigura (33 cargoes), Switzerland’s Vitol (9) and Noble Group (7).

Egypt has also reached agreements with Algeria’s state-run Sonatrach and Russia’s Gazprom’s trading arm for the supply of six cargoes and 35 cargoes respectively. It has also signed an agreement with Cyprus for its gas.

The North African country has emerged as a major market for LNG following a drop in demand from Asia, the highest consumer of the gas. This, coupled with the emergence of new exporters — who would add more than 60 million tonnes of to world supply in 2015 and 2016 — have driven prices lower by about 60 percent.

To ensure it meets its local energy demand, the country, had last year curtailed export as production fell. This forced BG, Britain’s second-largest oil company after BP, to invoke a force majeure. At the time, the government owed BG about $1.2 billion in payments for gas. Other firms operating in the country, such as Eni, had shut down operations due to lack of gas. Egypt had ensured that domestic supply, which earns oil firms far less than they sell gas in the international market, was a priority. But it still needs imports to satisfy local demand which has grown rapidly due to its use for power generation. Reuters said BP declined comment on the LNG importation deal.

In an interview with the New York Times last year, chief executive of BP, Robert W. Dudley said that the company had discovered gas in Egypt and that it would be developed for the domestic market. It entered into an agreement with the government for the development of the West Nile Delta fields said to contain an estimated 5 trillion cubic feet of gas. The British firm announced a second find in March.

Apart from deals for LNG imports, the Egyptian government has also focused on agreements to fasttrack the development of its potential gas reserves which in the next few years are expected to increase supply so much that the country will stop importation of gas.

BP and its partner Germany-based Dea had suspended development for several years, but they agreed in March, to revive the project. The project has the potential for the production of 450 million cubic feet per day in 2017 which could increase to 1.2 billion cubic feet in 2019.