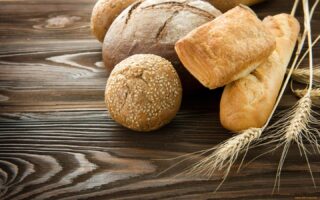 With the new import cut on wheat, the thought of days without bread floods the minds of many Egyptians. Bread is a staple in Egypt, eaten with almost every meal. The staple was at the core of its fight for political advancement in 2011. During the Arab Spring uprising that toppled former President Hosni Mubarak’s leadership, one of the demands made was for a subsidy on bread. Chants of “Bread, Freedom, Social Justice”, filled the streets of Cairo. As Egypt’s top staple, it is government-subsidized.

But Russia’s ongoing invasion of Ukraine is putting a strain on wheat imports and consequently the production of bread, giving rise to food insecurity in Egypt. Meanwhile, Egypt can not produce enough cereal grains, particularly wheat and oilseeds to meet half its domestic need. According to a report by Middle East Institute, the Russian-Ukraine crisis has moved food inflation prices to unsustainable levels for the Magreb country, with a surge in wheat prices by 44 per cent and sunflower oil by 32 per cent.

As of 2021, the food inflation level skyrocketed, mirroring Egypt’s economy ten years before. The inflation has increased the cost of bread. As the number of hungry people increases, the country cannot risk another uprising. Thus, the government has announced a cut in wheat importation by 10 per cent with an increase in local wheat production- while it explores the use of sweet potatoes for bread. Egypt would reduce the amount of wheat used in making subsidised bread, augmenting it with sweet potato flour. “We are looking at the technology now,” said Supply Minister, Aly Moselhy.

Egypt is not alone on this path of innovation. Nigeria produces bread and pastry from cassava and sweet potato flour. Countries like Rwanda, Uganda, Ghana, Kenya, and Cameroon, already use sweet potato flour for bread and pastries. It is becoming one of the healthiest food alternatives people explore in Africa. The nutrition and food sciences suggest that sweet potatoes may help control blood sugar levels, prevent vitamin deficiency and promote weight loss. This alternative would benefit Egyptians, both consumers and farmers. Besides the health benefits, young Egyptians now have an opportunity to get innovative with sweet potatoes like in Kenya and Rwanda.

Impact of the Russian-Ukraine war on Egypt’s bread industry

Russia and Ukraine are the world’s top exporters of wheat. They account for nearly one-third of global exports. On the other hand, Egypt is one of the largest global importers of wheat. It relies heavily on both countries for wheat supply. Between 2020 and 2021, both countries accounted for 85 per cent of Egypt’s imports. But since the war began, it has been difficult to bridge the import gap due to supply disruption and global inflation, which has also affected importation costs. Fortunately, the World Bank is moving to support it with a  $500 million food security facility.

In the wake of the Russian invasion, Egypt imposed strict controls on wheat production, sales, and consumption. Farmers face jail time if they try to outwit the government with price or supply. The policy aims to feed more than 70 million of the country’s 130 million people, who rely heavily on subsidised bread. Egypt cannot afford to suffer another food shortage. Diversifying to potato flour could be cost-effective, providing more people in the country with valuable options.