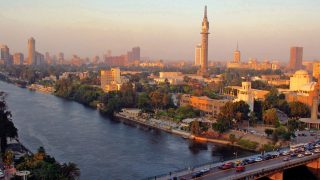 Egypt could become a Frontrunner in African Trade

Recently, the Managing Director of the Intra-African Trade Initiative at the African Export-Import Bank (Afreximbank), Kanayo Awani, said that Egypt can be a front-runner in transforming intra-African trade and boosting innovation and industrialization on the African continent. This was made known in Cairo during the opening of a one-day workshop titled “Intra-African Trade Workshop: Facilitating Egypt-Africa Trade.” Afreximbank organized the event in partnership with the Federation of Egyptian Industries and the African Commercial Bureau.

According to Awani, despite the current low trade figures, opportunities abounded and there were many areas in which Egypt could expand its trade with the rest of Africa.

“With the new significant policy shift toward export promotion, especially within Africa and capitalizing on regional trade agreements, like COMESA and the upcoming Continental Free Trade Area, an improved and dedicated shipping line from Sokhna Port to Mombasa, quality and competitive Egyptian products and services, Egypt can transform its trade with Africa and become a major trade partner,” Awani stated.

She further stated that Egypt could expand its export trade in textiles, electricity, utilities and construction services. There are opportunities to boost pharmaceuticals exports to Nigeria and furniture to Kenya, as well as to import beef from Sudan and fruits and vegetables from East Africa.

Over the last year, Afreximbank has engaged with Egyptian businesses in order to address their trade finance needs and to identify the trade facilitation issues they faced as they tried to expand into existing African markets or to enter new ones.

She explained that the bank decided to organise the workshop in order to respond to some of the concerns that had been expressed by the businesses and to share some of the bank’s interventions that responded directly to the issues raised.

Awani added that Afreximbank’s relationship with Egypt dates back almost 25 years and said that, since its inception in 1993, the bank had disbursed credit facilities in excess of $17.5 billion in support of Egyptian corporates and financial institutions. That included funds disbursed through the Counter-Cyclical Trade Liquidity Facility, which addressed financial liquidity gaps arising as a result of adverse economic shocks, and the Egypt-Africa Trade Promotion Programme, launched in January 2015 to help Egyptian entities tap into the rapidly expanding trade and investment opportunities in the rest of Africa.

In his contribution, Dr. Hippolyte Fofack, Afreximbank’s Chief Economist, said that stronger intra-African trade was the path for leading African countries to take advantage of growth opportunities which, until recently, had been the preserve of non-African multinational companies.

According to him, a number of growth opportunities exist for Egyptian investors across sectors and regions, including in manufacturing industries, pharmaceutical and chemical industries, as well as infrastructure and telecommunication.

The Chief Economist argued that the relatively low performance of intra-African trade, which was largely due to high product concentration, deficit of trade information and skewed direction of investments, offered tremendous opportunities for growth, taking advantage of economies of scale offered by the region which was set to become the fastest growing and largest market in the world, with its population projected to double by 2040.