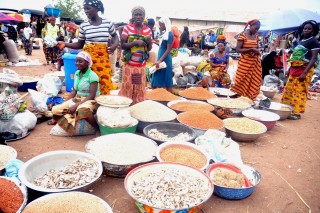 Economic characteristics of emerging markets during a recession

Since the Russia-Ukraine invasion began in February, the global market- which barely survived the COVID-19 pandemic – has been forced to absorb multiple socio-economic shocks. The Crimean Peninsula invasion and seizure by the Russian forces triggered a global food shortage, escalating oil prices, stirring inflation on the international market and recession threats in Europe.

While the world struggles to recover from that mayhem, in April China initiated a partial COVID-19 lockdown following the discovery of Omicron BA.5 subvariant. The virus variant spreads faster than the previous BA2.2 variants and is more likely to escape antibodies.

China is the top industrial economy globally, while Shanghai (its largest city and central coast) has grown to become a global financial hub. Shanghai houses the biggest seaport in the world. Thus, strict lockdowns disrupted the global supply chain in April. The supply cuts from this port have triggered inflation in several countries that heavily rely on China for supply.

Elsewhere in America, the Fed (the United States Central Bank) raised its benchmark lending rate by 75-basis-point a week ago. The objective was to mitigate economic inflation on the heels of the rising prices of goods and services. However, the last thing the global market needs right now is surging dollar prices.

In April, analysts suggested that the global market was heading for a recession by 2023 because the US, Europe, and China are simultaneously nosediving into an economic slump by December. What then becomes of emerging markets during a global recession?

Below are some features that would characterise emerging economies during a global recession:

A recession is an economic situation trailed by a sharp and widespread drop in consumer spending, causing a general decline in economic activities. It transcends inflation – which is merely a measure of the rate of rising prices of goods and services in an economy. The surge or the dollar price, coupled with a looming recession in Europe and Asia, is gradually stirring inflation in emerging economies. Although Africans are already cutting down spending, more people would if a global recession hits in 2023.

Most countries in sub-Saharan Africa are servicing foreign debts in dollars. During a recession, these economies would spend much of their reduced earnings on debt servicing. As the greenback strengthens against local currencies, the debt valuation increases, leaving many poor African countries with almost nothing after repayments. That could eventually force governments to acquire more debts or seek debt extensions/cancellations to ease their economies of recession burdens. This argument reflects most African markets in the post-COVID-19 lockdown era.

There are more job losses, increased poverty, and underemployment in a recession. Usually, a rise in the cost of production due to scarce raw materials and a decrease in revenue forces employers to retrench staff and cut down on salaries.

A typical example was the year 2020, during the COVID-19 pandemic. The global lockdown forced many businesses to fold up, accounting for millions of job losses. According to the Organisation for Economic Co-operation and Development (OECD), the pandemic initiated one of the worst jobs crises since the Great Depression. Many businesses that survived the year 2020 had to cut down on staff salaries leading to widespread underemployment and poverty. 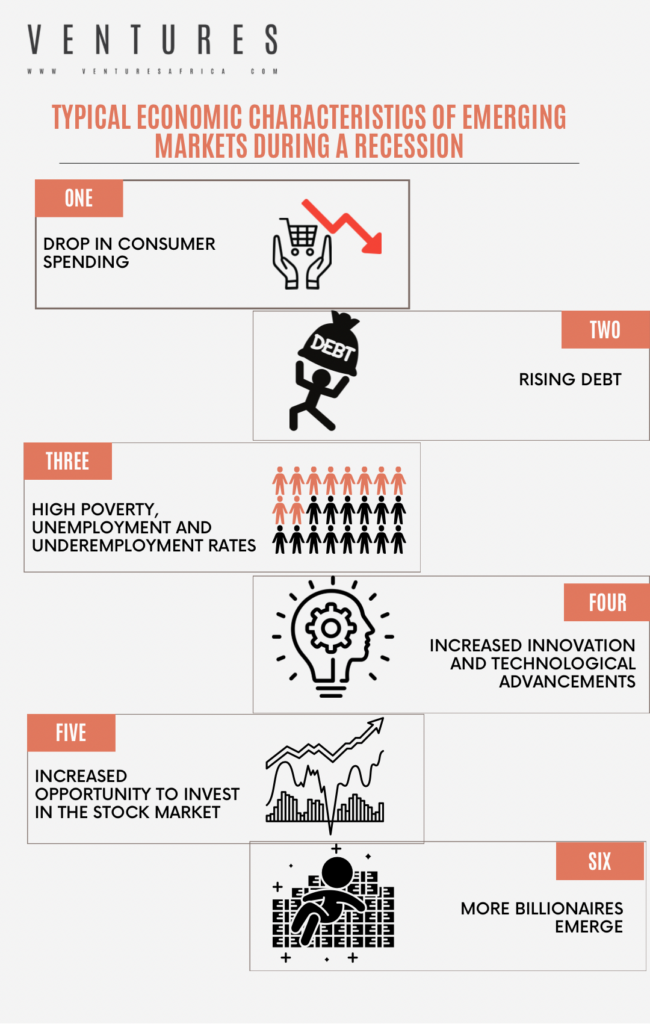 A recession forces people and businesses to innovate for survival and to increase market shares. During the COVID-19 pandemic, many unemployed and underemployed people sort creative ways to beat the recession. They began to translate passion into viable businesses.

That period also saw a rise in technological advancement and absorption, particularly in Africa. More Africans began to adopt the use of smart technologies. Not only did the African tech ecosystem grow, but also its creators’ economy because people discovered they could monetise passion and skills on social media.

As analysts keep speculating about a global recession, African governments should reorganise their economies to promote industries and reorganise supply chains that can thrive during the period.

Increased opportunity to invest in the stock market

During a recession, stocks in emerging economies tend to be more volatile than those in developed countries because more people cannot afford discretionary expenses.

While decreasing consumers’ discretionary spending brings about poor sales, the rise in the prices of raw materials stimulates an increase in the cost of goods and services. This makes companies sell cheap stocks on the exchange market. Companies sell shares to raise capital from investors to fund new product lines, increase investments, expand business footprints and rebate debt.

Therefore, a tough economy could translate into an opportunity for new entrants to the stock market. Given the ongoing speculations of a global recession, Africans can begin to save ahead for future investments.

Aside from the fact that more people would become poorer during a recession, many more would become richer or become first-time millionaires. The 2021 Global Wealth Report by Credit Suisse, a Zurich-based investment banking company, reported that over 5 million new entrants joined the world’s dollar millionaires list by the end of 2020. While many people became poorer, the global wealth grew by 7.4 per cent, increasing the number of millionaires by 5.2 million to reach 56.1 million by the end of that year. Unfortunately, no African country had any new entrants represented in the global record.

With speculations of a global recession in 2023, emerging economies should begin to plan, equip, and reorganise their markets with capabilities to record quantum leaps ahead.