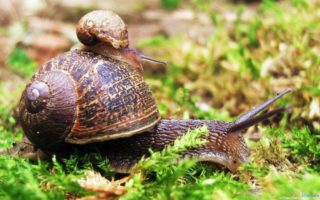 Nigeria’s agricultural sector has always been promising; the country was once a global giant in the production and exportation of agricultural produce, therefore it would be fitting for it to return its attention to the sector.

Despite the sustained attention on crude oil, agriculture remains a significant part of Nigeria’s culture and economy as many still see ingenuity in the practice. This is why the Ekiti State government is investing in a N5 billion integrated snail farming project.

On Wednesday, 20th of January 2021, Kayode Fayemi, the Governor of Ekiti State, inaugurated a N5 billion integrated snail farm project. Co-owned by Dem Eli Farms and Farmkonnect, the project is said to be the biggest snail farm in Africa and the second-largest in the world.

Located at Okemesi Ekiti, the farm is projected to generate N6 billion in profit yearly. According to governor Fayemi, the farm would stock 2.6 million snails to produce snails and slimes for export into the international market. “The production of snail and slime in exportable quantities will put Ekiti on the world map. When completed, it would generate no fewer than 5000 jobs for our youths,” said Fayemi.

The Ekiti State government believes that the new project would provide an easy market and foreign exchange earnings. If successful, the project would become a game-changer for the state and country as the demand for snails in Nigeria is approximately 7.5 million kg yearly. This further highlights the profit potential of snail farming locally in the country and internationally. More states should take a queue from Ekiti State.

In recent years, the Nigerian government has implemented several policies to boost the country’s agricultural sector and grow the economy. For example, agric-entrepreneurs now have access to single-digit loans and grants due to favourable monetary policies.