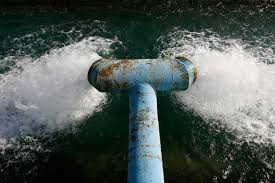 Strive Masiyiwa, a Zimbabwean billionaire and founder of telecommunications group, Econet Wireless, is keen to try his hands on businesses beyond telecommunication. Surprisingly, his latest attempt sees him venture into a vastly untapped market in this part of the world. Strive recently announced the establishment of a water purification firm called Seldom Water Zimbabwe.

“I know many people were quite surprised to learn that we recently acquired a controlling interest in a US based company called Seldon
Technologies. Many people asked , ‘it’s not telecom and it’s not in Africa, so why are you interested?

“First of all, we (Econet) might be from Africa, but we are a global company. We have operations and investments, in New Zealand, United
Arab Emirates, United Kingdom, Bolivia, Dominican Republic, to name a few none African countries,” Masiyiwa said.

Masiyiwa added  that as African, until we become active players in global business, the world will remain a step ahead of us. “… We are not going to be part of the global business world, until we are prepared to participate in it. I always encourage our executives to look for opportunities, for our group, anywhere in the world, including America”.

Seldon Water Zimbabwe, a subsidiary of Seldon Technologies, says it has affordable water purifier that can be used to purify mineral water
and household water.

There has been constant outbreak of water borne diseases like cholera and dysentery in Zimbabwean communities in past recent years. And
authorities have struggled to supply purified water. In 2008 an outbreak of cholera killed over 4,200 people and infected 100,000 in the capital Harare, one of the biggest cases recorded globally.

Aid organizations have also tried to help by providing medicines and to sink several boreholes in the Harare but some of the holes have reportedly been contaminated with sewage.

Several suburbs in Harare still do not have access to decent water supply.