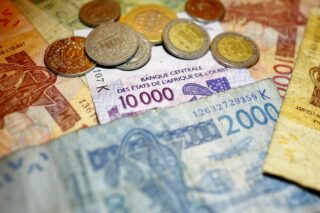 East Africa is looking to make history by launching a single currency. According to an announcement by Peter Mathuk, Secretary General of the East African Community (EAC), the region wants to achieve this feat by 2031.
At the same time, the Economic Community of West African States (ECOWAS) Commission wants to launch the Eco, its regional currency, by 2027.

But both regions have been pushing back their launch dates, citing various reasons. West Africa has rescheduled the Eco’s launch four times: in 2005, 2010, 2014, and 2020. The EAC also had an initial launch scheduled for 2024. But now, it says the date is too soon, considering that member states have not attained all requirements.

Both regions hope that single currencies will make trade more efficient between member countries and investment flow more freely. However, it’s not that simple in practice.

Both regions are importing European idea

West Africa’s idea for a single currency is about two decades old. In 2003, shortly after the European Union launched the euro, leaders of the fifteen-member Economic Community of West African States (ECOWAS) proposed that the region also had its single currency – the eco.

Time to pipe down on pipe dreams

East and West Africa have been postponing their single currency launch for years. And most times, there’s a vague reason attached to it. In 2020, ECOWAS said it had to reschedule because COVID got in the way. But then, it conveniently pushed back the Eco’s launch by seven years. So, in reality, it wasn’t COVID. ECOWAS was simply not ready. And we’re seeing the same pattern in the EAC.

As we’ve said before, bringing the eco into fruition requires member countries to meet a few unlikely criteria. They need a single-digit inflation rate at the end of each year; a fiscal deficit of no more than 4 per cent of GDP; central bank deficit-financing of no more than 10 per cent of the previous year’s tax revenues; gross external reserves that can give import cover for a minimum of three months.

Only a handful of the 15 member countries have met these requirements, and even those ones haven’t been consistent.

The EAC is dealing with similar problems. According to Dr Pantaleo Kessy, Principal Economist, EAC Secretariat, the region is struggling to meet up with its own set targets. “We have a roadmap that was supposed to be implemented between 2013, when the Monetary Union protocol was signed, and 2024. But we did not manage to implement most of the activities in that roadmap,” he told The East African. “According to the roadmap, the EAC convergence criteria were to be attained by 2021 and be maintained for three years in the run-up to the establishment of the Monetary Union in 2024.”

As with ECOWAS, the EAC’s member states are still behind schedule for most of the requirements. They include ceilings on headline inflation of 8 per cent; reserve cover of 4.5-month import; an overall deficit of 3 per cent of GDP; and gross public debt of 50 per cent of GDP. So, for now, both regions are still chasing pipe dreams.

Member states are not enthusiastic

One major reason why the idea of single currencies might keep stalling in both regions is that member countries don’t seem excited. West Africa, for instance, needs Nigeria’s participation to make the eco work, primarily because it’s the only country with a banknote printer and mint. But Nigeria launched a digital version of the naira in 2021, and last year, it rebranded its paper bills. So it clearly still has long-term plans to retain its native currency.

Last year, Tanzania also joined the list of African countries exploring central bank digital currencies (CBDC). And even though it recently announced that it was taking a more cautious approach towards adopting CBDCs, the intent has not changed. Kenya also announced last year that it was considering a CBDC.

The bottom line here is that member states will always prioritize monetary programs/policies that suit them over their regions or even the continent. And for now, single currencies only offer hypothetical benefits to members. Everyone will likely fall in line when they see those promises become practical.