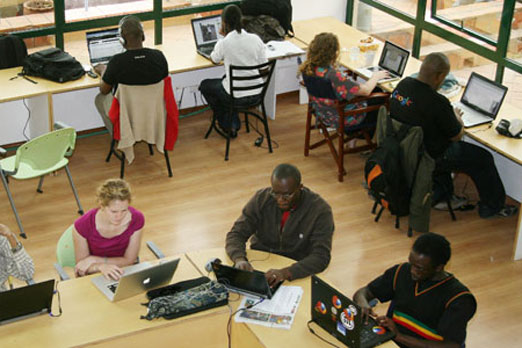 The Savannah Fund, a seed capital fund specializing in early stage high growth technology (web and mobile) startups, ranging from $25,000-$500,000, is poised for a launch into the Sub-Saharan Africa market today.

According to a statement on its website, the Fund, which focuses on web and mobile-based startups, aims to bridge the gap in early stage/angel and venture capital investment that currently exists in Africa. With initial focus on Kenya and East Africa, the Fund, however, expects to achieve its objective by combining capital and mentor networks both in the region and in Silicon Valley via three strategic programs: an accelerator program ($25,000), a follow-on fund for successful accelerator graduates ($100,000-$200,000), and an independent seed fund ($100,000-$500,000).

The fund is managed by experienced and technology savvy team, with experience with founding companies, active involvement in angel investing or successful accelerator programs in past, and a first-hand knowledge of the unique Sub-Saharan African environment.

The Savannah Fund is also supported by both local, regional and international networks of angels, venture capitalists whose expertise are pertinent, and available, to help startups succeed and scale to fully fledged regional or global companies.

General Partners of the Fund bring in a mix of skillset, on the ground due diligence and technical assistance to help startups. Partners include: Erik Hersman, a prominent blogger, and the founder of Ushahidi, a crisis management crowdsourcing platform and the founder of the iHub in Nairobi, the leading workspace in Subsaharan Africa with over 5,000 members – a sort of embryonic African Silicon Valley; Mbwana Alliy, a Tanzanian with a blend of experience in both Silicon Valley, UK and Africa, a background that boasts Microsoft and QinetiQ as precedents; he is also the founder of Tanzania’s first online travel portal and as an Entrepreneur in Residence for i/o ventures; Paul Bragiel is a serial tech entrepreneur and founder of i/o ventures, an early stage seed and accelerator program from San Francisco that has incubated 16 startups with 3 exits.

The accelerator program is now open for the first class of 5 startups later this year. www.savannah.vc/accelerator

The Savannah Fund has been strategically set up to enhance the revolution in Africa’s IT sector, providing the much desired impetus in funds and mentorship for aspiring web developers and technopreneurs.