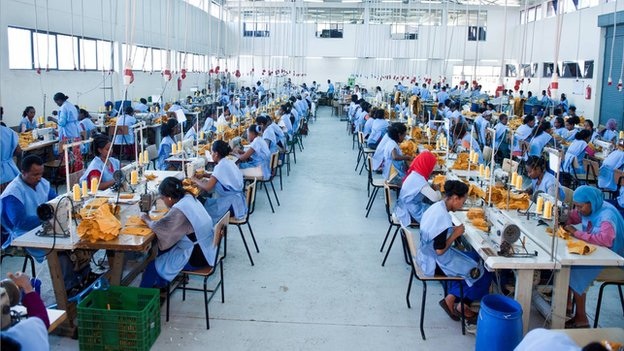 East African countries are set to place a ban on the importation of used clothes and shoes into the region. The industry believed to be worth millions of dollars, was a point of discussion at the recently concluded the 16th East African Community heads of states summit, as it is seen as a threat to the booming local textile industry.

Kenya is one of the largest importers of second-hand clothing in sub-Saharan Africa. It is referred to as ‘mitumba’ in the country, meaning ‘onslaught’. Trade of used shoes have also flourished in the East African region and it is believed to be threatening the local textile and leather industries.

“The summit further directed the council of ministers to study the modalities for the promotion of textile and leather industries in the region and stopping the importation of used clothes, shoes and other leather products,” the presidents said in a communiqué read at the end of the summit. The EAC council of ministers, composed of the ministers in charge of East African Affairs in member states, is expected to give a report on this at the next summit.

The global trade in second hand clothing is estimated to be worth more than $1 billion. Supporters of the industry have pointed out that it creates employment for people in the receiving countries and also provides affordable clothing for people living in poverty. However, banning the importation of used clothing is expected to boost the local textile industry, which has been greatly affected by its influx.

Textile firms in Kenya have over the years asked the government to either ban second hand clothing or discourage its imports with high taxes. But used clothing are still allowed into the country, just like its neighbours in the EAC.

Trade in second hand clothing has also flourished in Tanzania, where it is also legal to import them. However, Tanzania Bureau of Standards in 2003 banned the importation of used underwears, citing health risks and ethics.

The EAC, which is improving regional integration in the East African region may not help its textile industry by an outright prohibition of importation of used clothing, because cheap apparel from Asia will still remain a threat to the local textile industry. But standards need to also be set to ensure the region does not become a dumping ground for used clothing. An eventual ban may not be a bad idea, but it should be a gradual one.

The summit also tasked the EAC council of ministers with assessing how second-hand car importation can be reduced by promoting assemblage of cars within the region.