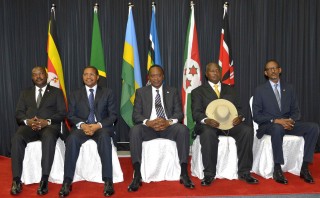 EAC suspends all meetings due to coronavirus

On Thursday, 12th of March, the East African Community (EAC) announced the suspension of all scheduled meetings until further notice. This is due to the global outbreak of the deadly coronavirus(Covid-19).

The EAC Secretary General Liberat Mfumumkeko in a letter called for the postponement of all WEAC meetings that require large crowds by the Rwanda Foreign Affairs Minister and Chairman EAC Council of Ministers Vincent Biruta.

Hence, the 21st EAC Summit slated for this month, and the EAC 40th Ordinary Council of Ministers scheduled for April 14 has also been suspended until further notice. Although, the East  African region has no confirmed case of the coronavirus.

“As we are all aware, the outbreak of the novel coronavirus (Covid-19), is rapidly evolving and spreading to many countries around the world. Several lives have since been lost and many people are being infected at a fast rate.”

“Against this background, I have the honour to kindly request you the following: To postpone the 21st EAC Summit until further notice; To hold all scheduled meetings by videoconference, where possible; and To postpone and suspend all other meetings and activities that require large gatherings,” said Biruta.

Some member countries had also banned international conferences indefinitely over the coronavirus pandemic. The Rwandan government also limited incoming and outgoing flights from the region.

However, the postponement of the slated conferences come with its consequences on the financial viability of the EAC and the functions of its major institutions that include the regional parliament and court.

High on the agenda of the 21st EAC Heads of State Summit was the review of the four pillars of EAC which are the Customs Union, Common Market, Monetary Union and the Political Federation. Due to the current epidemic, the review will have to be put on hold.

This also means that the over 21 Bills presented by the East African Legislative Assembly will not be approved, thereby delaying critical Community agenda. The Summit was also expected to appoint more judges to the East African Court of Justice bench in order to speed up accumulated cases.

Leaders of EAC member states also seek to increase tariffs placed on imported clothes and other materials from other countries that are not members of the EAC. This move by the government seeks to encourage the use of local materials made within EAC.

More so, this will further delay the passing of EAC Secretariat’s budget, whose approval to execute is only granted by the Heads of State. Another affected agenda is that of the Democratic Republic of Congo’s (DRC) application to join the EAC.