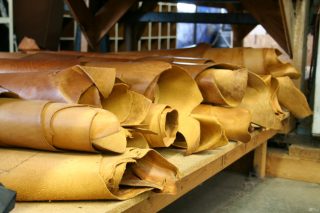 The East African Community (EAC) has reaffirmed plans to develop a strong textiles and leather sector in East Africa. The announcement was made at the 20th Ordinary Summit of the EAC Heads of State in Arusha. This shows the determination of the member states to offer citizens competitive options in regional textiles and footwear in the face of neoliberal globalisation.

Tanzania’s government also plans to boost its cotton exports to $150 million by 2020, up from the current $30 million, according to the country’s Deputy Minister of Agriculture, Ms Mary Mwanjelwa.

“Nothing should hold us back from achieving our regional goals in trade and other sectors of development,” explained New EAC Summit, Chair and Rwandan President, Paul Kagame. He was speaking at the Arusha International Conference Center in Tanzania. Kagame recently took over as Chair of the Summit from President Yoweri Museveni of Uganda.

The Summit received a report of its Council of Ministers covering the period from 23rd February 2018 to 31st January 2019 and commended the council for the progress made in the implementation of the programmes and projects of the community. Among other things, the Summit directed the Council to review relevant policies and harmonise the framework for the importation of goods into the EAC within three months with a view to supporting the growth of local industries.

Also speaking at the event, outgoing EAC Summit Chair, Museveni stated that business within the East African Community will grow with a reduction in the cost of power, transport, labour and interest rates. He also expressed confidence in the EAC’s ability to drive its agenda. Leaders at the event concluded that if managed properly, their ambitious policies will soon take root and improve the livelihoods of millions of people across East Africa.

Prior to this time, the EAC members states had agreed on a phase-out plan and eventual ban on the importation of used clothes and leather products by 2018 to support industrialisation and job-creation in the region. Textile industry players in the region were challenged to start making garments that require low-level technology and skills. Regional sector players and governments were called to put in place programmes that will help stimulate a localised value chain.

Emphasis was laid on the region’s cotton industry, which was said to be facing huge challenges including low yields, low ginning out-turn ratio and inefficient value addition which was affecting its competitiveness.

When the EAC resolved to prioritise the development of a competitive domestic textile and leather sector to provide affordable clothes and leather products in the region, this was a positive step towards determining its own development path. However, the laissez-faire economic liberalism has impeded the inward-oriented structure which hoped to offer domestic protection and privileges.

Cotton production, processing and trade were said to be highly influenced by policies of major producing countries through price support, tariff protection, production subsidies and stockpiling that destabilise cotton prices. As the result of liberalisation, policy shifted towards export-led growth in textile and garment which has not developed the sector; instead, Tanzania’s cotton leaves the country unprocessed and second-hand clothing, as well as cheap and illegal imports, have flooded the country.

The development of the industry under those trade dispensations failed to significantly develop full value chain production in Tanzania from cotton through spinning, weaving, knitting, design and finished goods production processes.

Kenya has the largest garment sector amongst the EAC countries and produces predominantly for the US. EAC countries including Tanzania lack a sufficient domestic garment production base to meet domestic needs with local or regional production.

Certainly, this move aimed at developing the textile and garment industry indicates EAC’s desire to articulate and implement an African approach for the best utilisation of African resources within the region, with a greater focus on domestic consumption. Producing affordable clothes and leather products in the region for local consumption could assist in the reduction of poverty, stabilise employment and improve the social wellbeing and the dignity of East African communities. It could also acknowledge and include informal sector traders in regional value chain developments.