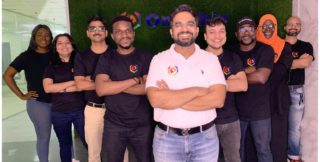 Omnibiz, a B2B e-commerce platform connecting manufacturers and distributors of fast-moving consumer goods (FMCG) to retailers, recently raised $3 million in funding. V&R, Timon Capital, and Tangerine Insurance led the seed round. The round, which brought Omnibiz’s total funding to $4 million, also included participation from some of Africa’s most prominent investors, including Lofty Inc, Musha Ventures, Sunu Capital, Launch Africa, Ventures Platform and Rising Tide Africa. In addition, Ominibiz got investment funding from Seedstars and will be participating in the Seedstars Growth Program.

Founded in June 2019 by Deepankar Rustagi, Omnibiz unites neighbourhood retailers, distributors, third-party logistics partners, and FMCG manufacturers on a single platform while ensuring better ROI, volume growth, and reaching a wider audience through an effective distribution network. The company has since grown by digitizing the retail space in Africa and providing retailers with ease and convenience. Retailers can place orders at their leisure and have goods delivered to their doorstep at no cost using the company’s mobile apps, Whatsapp channel, or dedicated care number.

Omnibiz, Deepankar’s second startup aimed at empowering African SMEs, has grown at a rate of 25 per cent month on month over the last year. Although the market has seen a surge of new startups and investments since Covid 19, the company’s growth is attributed to two major factors. The first is its technological approach to digitizing the market, which provides retailers with variety, consistency, and convenience. And the second is its process of expanding distributors’ reach rather than eliminating them.

While players in the B2B retail industry have raised between $10 and $40 million, the majority of these funds have been used to build assets (logistics and warehousing) and lend to retailers rather than investing in the industry’s digitization. Commenting on the growth, the founder, Deepankar Rustagi said, “Omnibiz Africa has grown at a commendable rate since inception. We have strengthened our relationship with manufacturers and distributors of FMCGs to provide ease and convenience for retailers. Our execution and tech-enabled solution set us apart from similar companies within the sector.”

Akinwunmi Ogunnusi, Head of Operations, Omnibiz, stated, “I have previously worked in a publicly listed E-commerce company in Africa, and I can say for a fact that what we are doing at Omnibiz is incredible. Our asset-light model makes all the difference in logistics. Our model is not only scalable and profitable, but it also benefits everyone on the chain from manufacturers to distributors and retailers.”

“Our products have been specifically designed to meet the needs of the growing market. I have seen beautiful products from my previous role at one of the biggest management consulting companies in the world. What we are doing with FMCG tech at Omnibiz Africa will change the narrative of traditional distribution,” Zainab Arilesere, Product Lead, Omnibiz, said.

Commenting on the company’s efforts in the industry, Timon Capital, one of their investors, stated, “B2B e-commerce is one of the largest opportunities in Africa. FMCG purchases increase rapidly with population, but serving directly to consumers is difficult due to low average order values, user acquisition costs, and last-mile delivery. Platforms like OmniBiz accelerate this growth and increase the revenue of manufacturers, distributors, and end retailers and are a huge net positive for economies where they operate.”

Another investor, V&R Africa Limited, said, “Omnibiz will be the role model for B2B retail in Africa. They have the potential to scale well into other emerging markets.”

With over 52,000 businesses across the FMCG industry, Omnibiz Africa will be expanding in ten West African cities in the next few months. These cities are Lagos, Ibadan, Abuja, Kano, Port Harcourt (Nigeria), Abidjan (Ivory Coast), Takoradi, Kumasi, and Accra (Ghana).

Other than expansion, Omnibiz intends to invest in new tech products to enhance the value for the retailers. They wish to work with partners to increase the working capital availability for the retailers and as digital tools to manage their business more efficiently.

Omnibiz Africa, headquartered in Lagos, is creating a positive impact in the African distribution ecosystem and has opened the door for growth in the African market. The company is looking forward to partnerships with FMCG manufacturers, distributors, and third-party logistics companies.