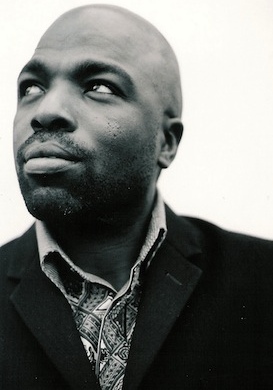 knows how to rock African Prints. He arrived the London fashion scene in 2004 and made a remarkable impression with his vibrant mix of African prints, seventies tailoring, and unlikely color combos.

A high-waisted patchwork boho dress—known as the “Duro”—put the brand on the fashion map, and became a cult item in 2005 after being discovered by American Vogue editor Sally Singer and Julie Gilhart of Barneys.

Describing the uniqueness of his design, Maya Singer writes on Style.com:

His high-impact designs seem to be made for a very specific woman—someone high-powered who gravitates toward feminine shapes and bold, even eye-searing patterns. And indeed, for that woman, Olowu’s clothes are catnip.

Women I see everyday and everywhere, regardless of age. That innate sense of elegance , sensuality and grace that you find in certain women whether you are on a street in London,  Lagos , Rome,  New york or  Paris is terribly inspiring… I also like the fact that younger women have adopted a less obviously sexy style of dressing which is still flirtatious  but intelligent and strong. More mysterious and alluring. …Of course textiles, art and music always make me play more with my ideas.

“It’s about being able to dream. Wearable fantasy.”

“I think fashion should be joyful—it shouldn’t dictate to women but it should invite them into the fantasy of the designer who is making them….”

“My job is not about dictating to women what they should wear, it’s about presenting them with beautiful options.”

Watch this space for more up-close-and-personal interview with Duro Olowu!