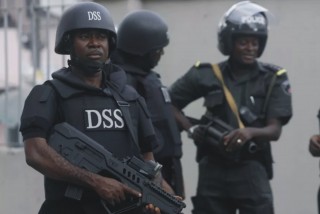 DSS, EFCC, or the Police: Who should have arrested the judges?

Within the last one year, Nigerians have been confused about the exact roles of each security agency in the country in relation to the anti-corruption drive of the government. It is time the federal government and the lawmakers broke their silence and gave Nigerians an honest review of the operations of these security agencies.

Over the weekend, officers from the Department of State Services (DSS) raided residences of some judges of the Supreme, Appeal and High courts across the country. The operation, which the Presidency has described as a “surgical operation against some judicial officers”, took place in no fewer than six (6) different states including Abuja, Port Harcourt, Gombe, Kano, Enugu, and Sokoto.

According to a statement by the DSS, the overnight raids “were based on allegations of corruptions and other acts of professional misconduct by a few of the suspected judges… The searches have uncovered huge raw cash of various denominations, local and foreign currencies, with real estate worth several millions of Naira and documents affirming unholy acts by these judges,” the statement read.

Since the commando-like operations of the DSS happened, there have been heated debates among Nigerians, including prominent legal practitioners as to whether or not the action of the Nigeria’s secret police was constitutional. Questions are being asked if the DSS was in the best position to have gone after the alleged corrupt judicial officials.

The DSS and its primary responsibilities

The Department of State Service (DSS), originally referred to as the State Security Services (SSS) was created in 1986 by Nigeria’s former Head of State, Ibrahim Babangida. In June 1986, Babangida issued Decree Number 19. The decree dissolved the National Security Organization (NSO) and fractured Nigeria’s security services into three separate entities under the Office of the Co-ordinator of National Security. The three entities include the State Security Service (SSS), the National Intelligence Agency (NIA) and the Defence Intelligence Agency (DIA).

According to the decree, the State Security Service (SSS) is responsible for intelligence within Nigeria; the agency is obligated by law to investigate several threats to the nation, including those of espionage, subversion, sabotage, terrorism and related crimes against the state.

Shortly after Olusegun Obasanjo assumed office as the first president of the 4th republic in 1999, he promised to tackle the corruption enigma that burdened Nigeria. On September 29, 2000, Obasanjo inaugurated the Independent Corrupt Practices and Other Related Offences Commission (ICPC). According to the Act of Establishment of the ICPC, the commission was “to receive complaints, investigate and prosecute offenders.” Other duties include reviewing and modifying the systems and procedures of public bodies, as well as education of the public and fostering their support in combating corruption.

Later in 2004, some failures and limitations of the ICPC were addressed by Obasanjo. This brought into existence a more specific anti-corruption body, the Economic and Financial Crimes Commission (EFCC). The Act which established EFCC empowers it “to prevent, investigate, prosecute and penalise economic and financial crimes and is charged with the responsibility of enforcing the provisions of other laws and regulations relating to economic and financial crimes.”

The two bodies – the EFCC and the ICPC – have since been at the helms of corruption fight in Nigeria. Most recently, the EFCC has the lead. It has investigated, arrested, prosecuted and secured conviction of some prominent Nigerians on corruption-related charges.

In August this year, the EFCC arrested a Nigerian blogger named Abubakar Sidiq Usman (aka Abusidiq) for an offence regarded as “cyber stalking”. In its official statement then, the EFCC said Abusidiq was “being questioned over the alleged offence which contravenes sections of the Cyber Crime Act.” Under the Nigerian law, the Police is meant to handle such offence. Obviously, the EFCC acted outside its mandate and jurisdiction.

On July 21, 2016, the DSS were reported to have arrested and detained the Speaker of Zamfara State House of Assembly, Sanusi Rikiji, and other principal officers of the Assembly allegedly on the order of Governor Abdulaziz Yari over impeachment move against him. Truly, the DSS is mandated to give close protection to the governor under the law, but it is in no way supposed to interfere or sabotage the constitutional duties of the lawmakers.

In another case, which opines the lack of clarity in mandate, the Army clamped down on “peaceful” protesters in Anambra state in May 2016. In an account given by Amnesty International, “the Nigerian army gunned down unarmed people ahead of last month’s planned pro-Biafran commemoration events in Onitsha,” In any sane circumstances, men the Nigerian Army were not supposed to be drafted to control peaceful protest. The Police are in the best position to handle protests and not the army.

Now, the DSS has also acted in a manner that many have described as unconstitutionally outside its mandate.

American secret police, the FBI investigates and prosecutes corruption, so why can’t the DSS handle the same?

The Federal Bureau of Investigation (FBI) of the United States is the country’s secret police, like the DSS for Nigeria. However, there is a need to understand the mandate of each organization. Under the laws that guide the operations of the FBI, it is largely empowered to investigate and try “public corruption”, while the DSS lacks such mandate. Apparently, the roles of the FBI in America are much wider and extend beyond what the DSS is limited to in the Nigerian context. In fact, the FBI’s role is closer to that of the Nigeria Police Force (NPF) than the DSS.

Pre @MBuhari ‘s FG should do an honest review of the methodology of the DSS in the anti-corruption war. BOLDLY OWN & LEARN FROM MISTAKES.

The DSS is a high-level security outfit in Nigeria that undertakes tough missions mostly related to internal security. Unleashing men of such outfit on civilians who haven’t posed any obvious threat to the country’s internal security is confusing and democracy-threatening. Considering the turns of events lately, many Nigerians no longer feel safe and are confused.

Not just for the DSS alone, the government (both the Executive and the Legislative arms) needs to help Nigerians by explaining the precise roles of each security outfit. Even before that is done, the government also needs to honestly review previous actions and operations of these security outfits to determine if they acted within their jurisdiction and according to their specific mandates. If this isn’t done, the perception of a falling democracy in Nigeria is further substantiated and the country is deemed as that without regard for its own laws.

It is now clear that the DSS acted outside its jurisdiction and that it was the EFCC’s responsibility to investigate, arrest, and prosecute the allegedly corrupt judges.

Kindly listen to podcast below: